What a great day today!  Great weather, beautiful scenery, lots of wildlife viewing, and a soak in the natural hot springs.

We travelled from Fort Nelson to Watson Lake today. BC time had us up early and out on the road by 9:15 after our yogurt and berries. It is about 520 kilometers.  We stopped at a cute truck stop in Toad River to refill our coffee mugs. Once again Julie approved of the facilities and however tempted, she did not buy the ‘so cute’ Toad River souvenir baby’s outfits. Julie notes ‘We can still pick some up on the way back home.’ Maybe she’ll be snoozing when we pass that way again. 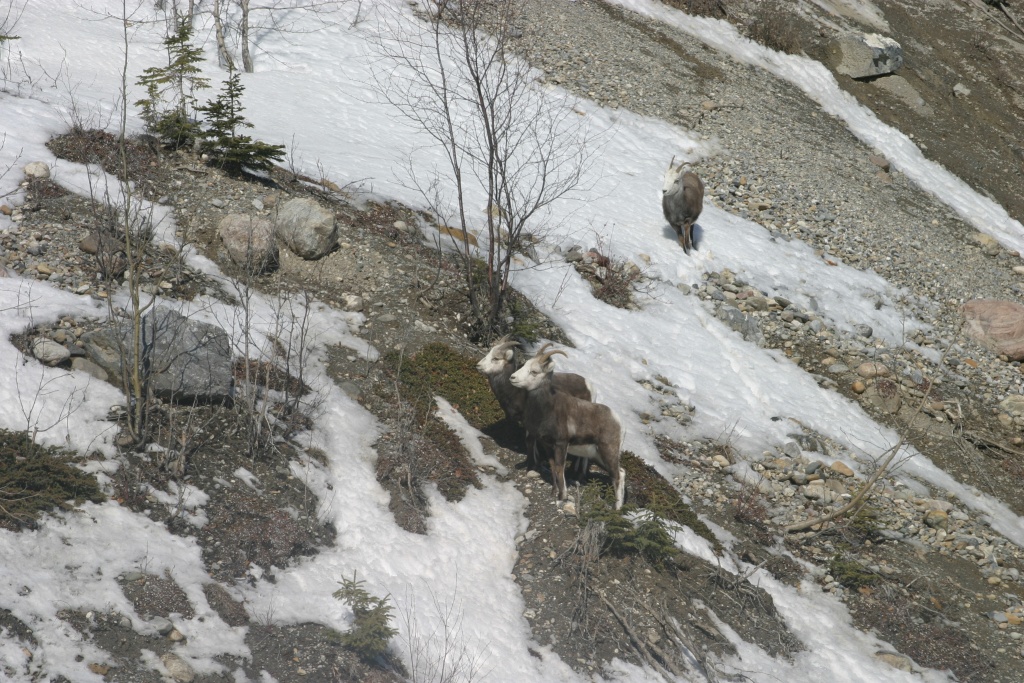 We spotted Stone sheep. They seemed to be voguing for us. Move a bit and strike a pose. Noticeably different than the Dahl sheep we are used to seeing near Jasper. 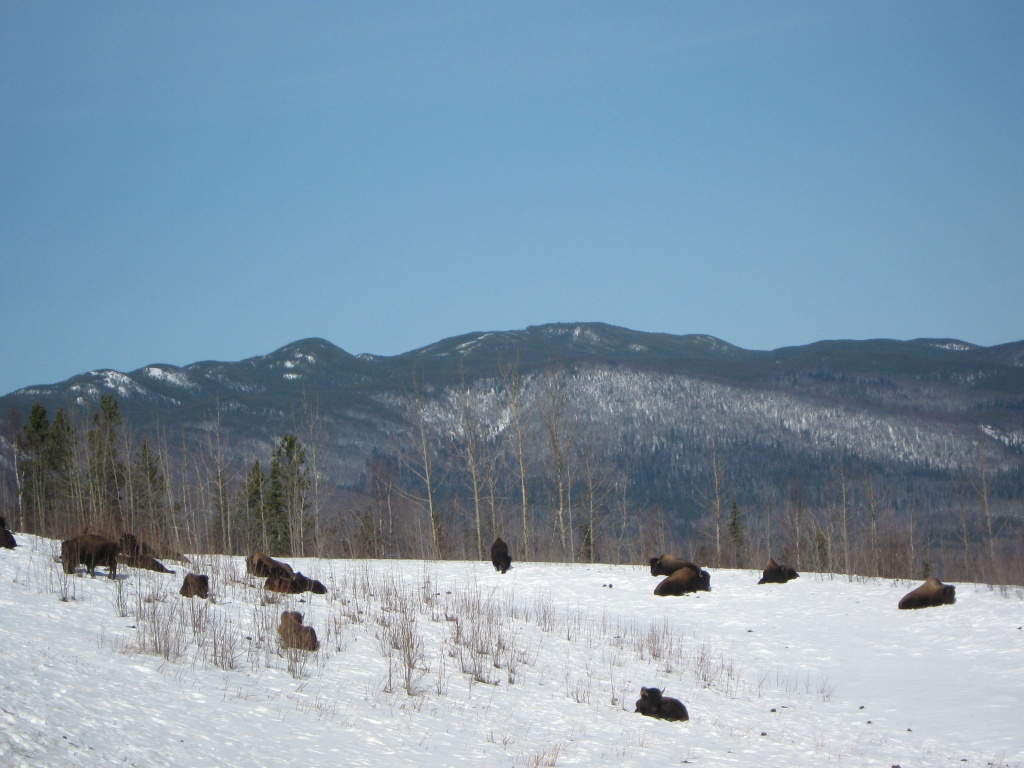 Bison, over sixty in total by the time we reached Watson Lake. A few big fellows on the highway just daring us to come closer! No baby cabbies (Melodie speak) yet though (as our grand-baby would say). 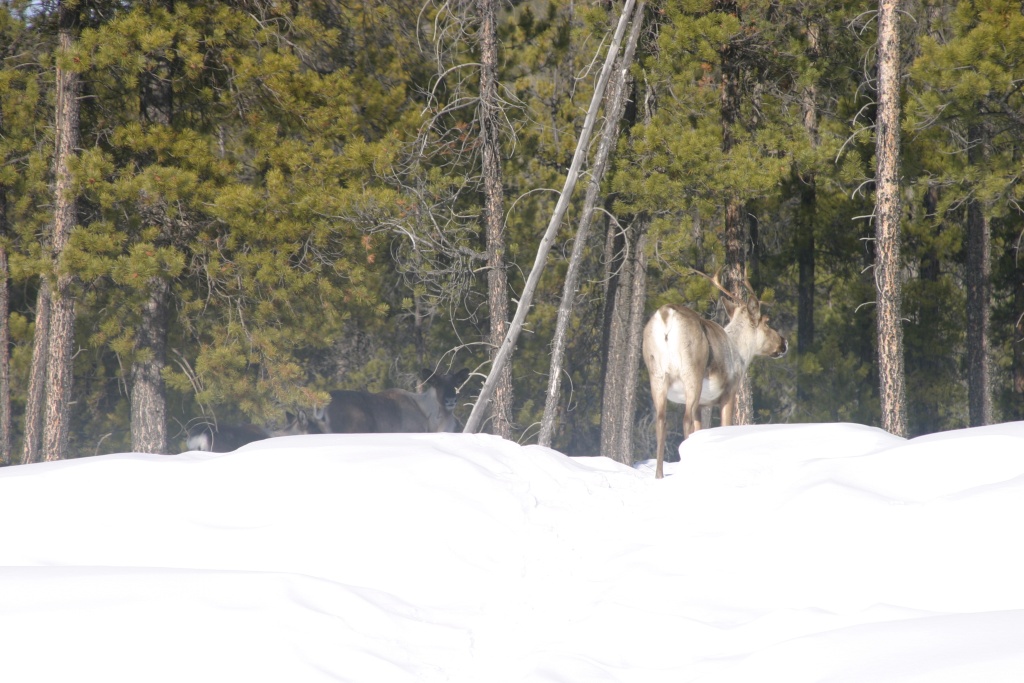 …and caribou (they were right on the highway but scurried up the bank and proceeded to moon us!) 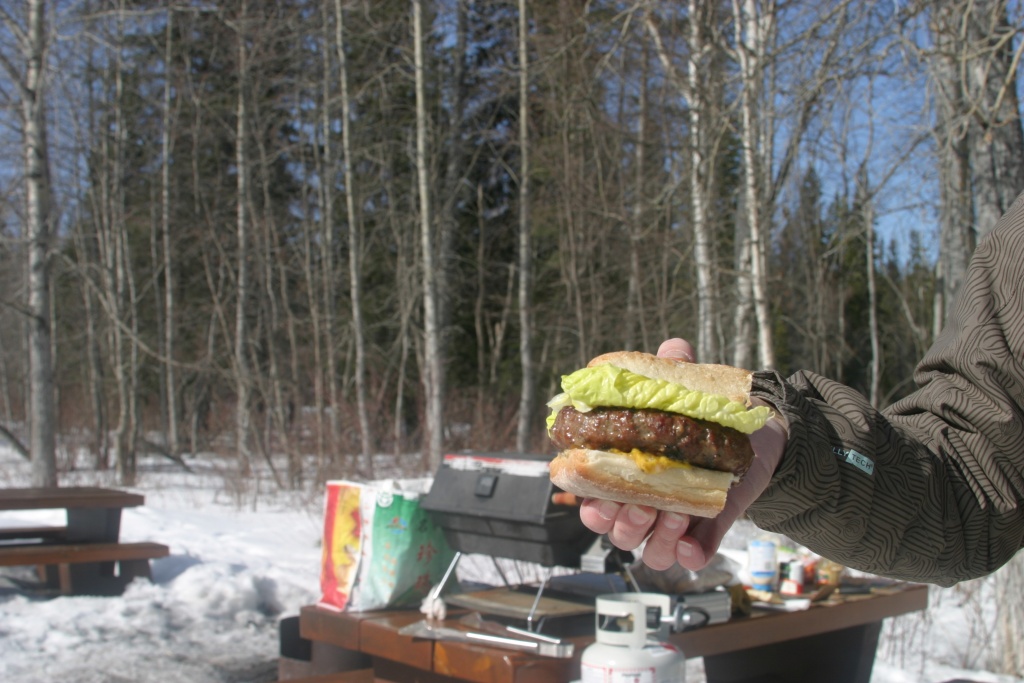 We stopped for a BBQ and a soak in the Liard Hot Springs. 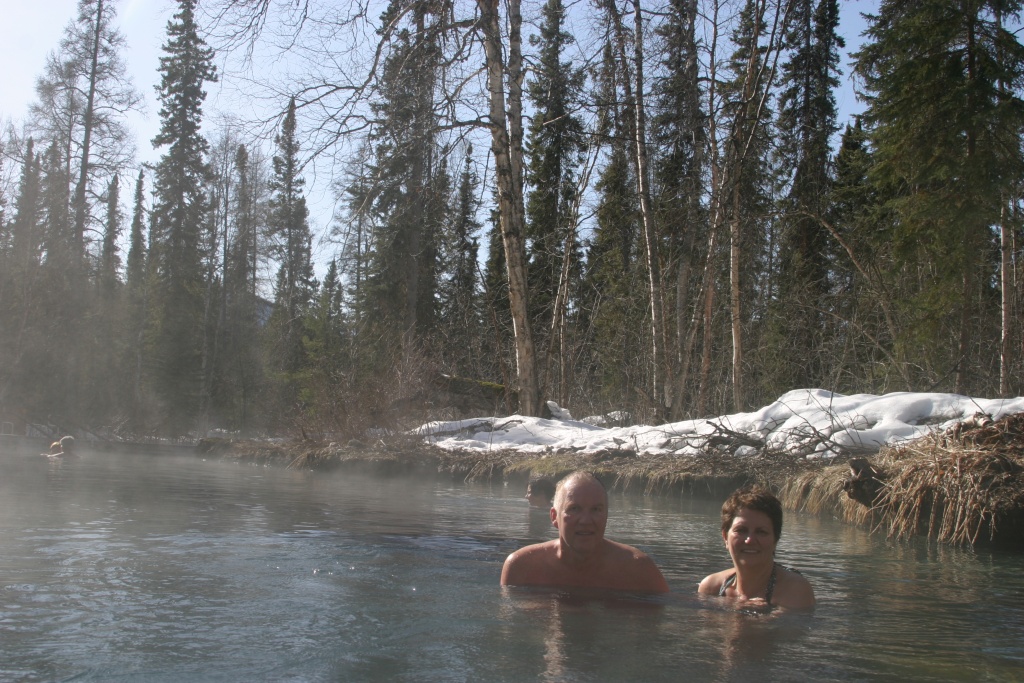 Brad entertained the other bathers with his click and dash from the camera in to pose position. One wrong move though clunked his leg into a cement bench. And it left a mark. Julie notes ‘I was not planning on piggy backing him back out over the somewhat treacherous icy walkway. Lucky for him he could still walk, otherwise some hungry bear coming out of hibernation would have found his lucky first meal. Poached Brad.’ 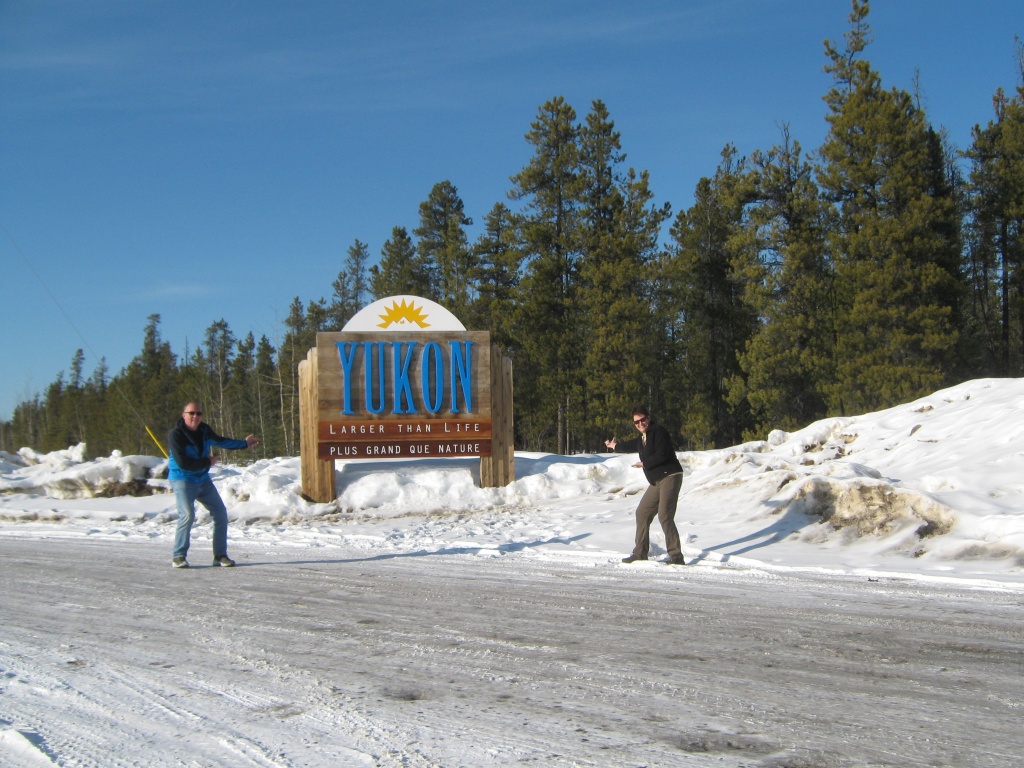 And then finally entered the Yukon… (but is the Yukon ready for us?) 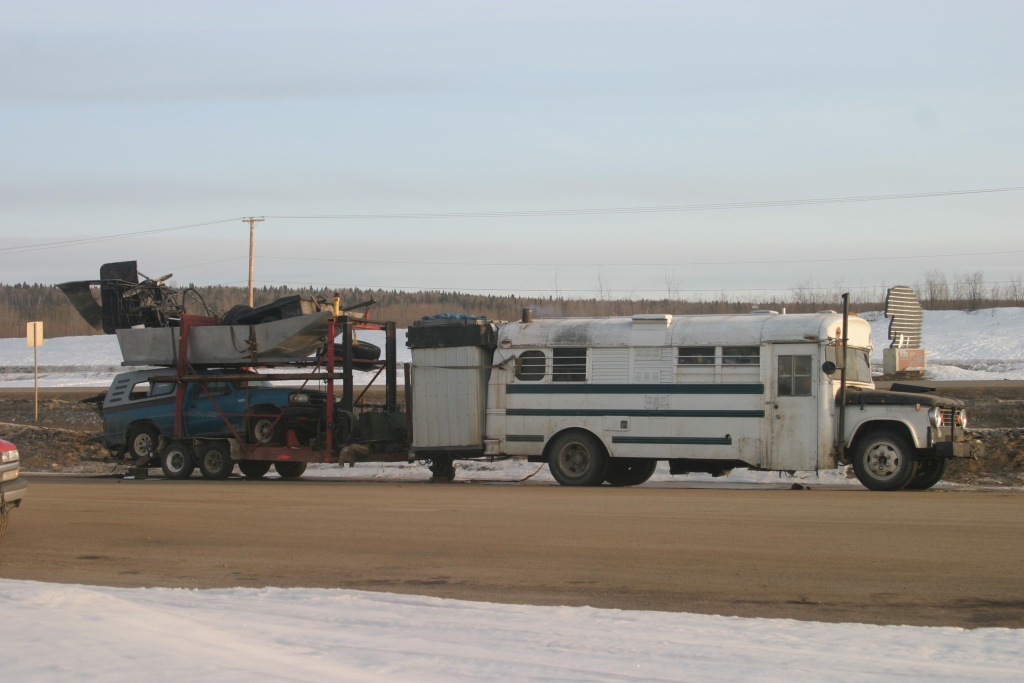 Before we left Fort Nelson we met a guy living the dream! We don’t have a rig like that so we are staying in Watson Lake in A Nice Motel. That is actually the name and they did not lie. It is very nice. But not as nice as this.