We are in Eagle Plains, YT tonight after a spectacular drive on the Dempster Highway.

The Dempster is one of the truly great Canadian roadways. Completed only in the late 1970’s, the Dempster is still the only fully public road in North America to cross the Arctic Circle.  That will be one of the highlights tomorrow.

We started in Dawson City, YT this morning.  We attempted to make a dent in the Braeburn Lodge cinnamon bun, toured the town a bit, and did some grocery shopping before heading out on the highway. 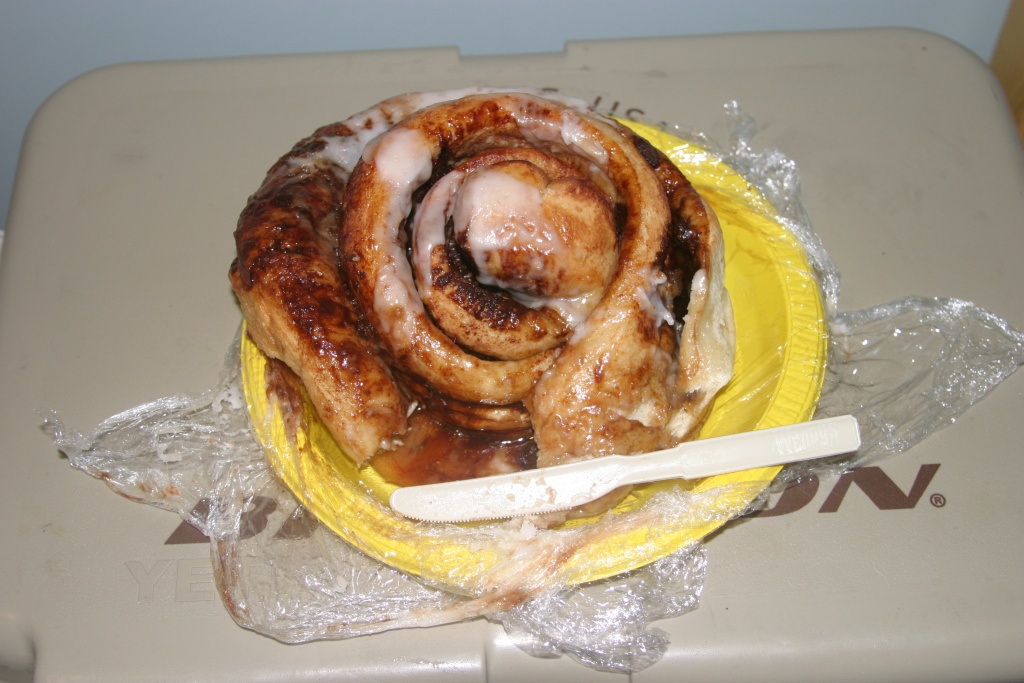 Julie notes ‘To get the scale of this bun, the yellow plate is a full size picnic plate. If we get stranded somewhere we will be able to live off this bun for a week or so. I am not sure how to count the calories on my Fitness pal. Couldn’t find gi-normous bun in the data base, but we will have gi-normous buns if we ate too many of them.”

We are having trouble uploading photos on this internet connection.  We have been fighting for 3 hours trying to get some photos uploaded.  We will try and post the rest tomorrow.

We drove up Dome road to get a view of Dawson City and the Yukon River. 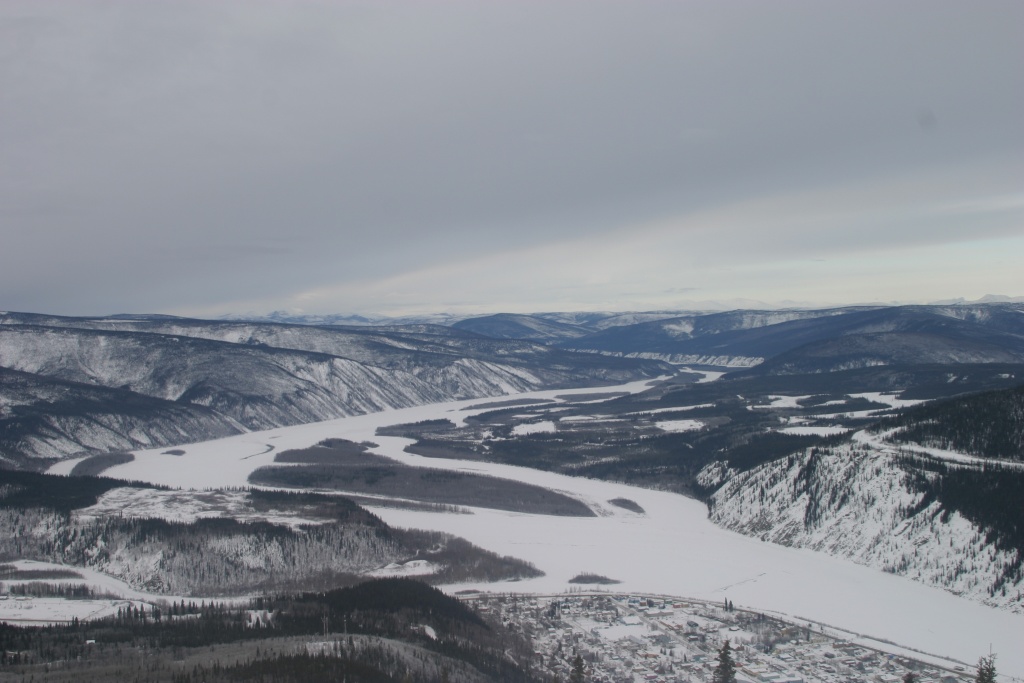 Then it was on to a bulk fuel station where, after fighting with the unmanned cardlock system, we were able to fill up for $1.440 versus $1.729 in town. Julie notes “There was talk about having to use the ‘big nozzle’ but that sounded a little personal so I didn’t ask questions.”  And then it was on to the Dempster highway.

We made multiple stops along the way for photos.  We saw numerous ptarmigans on the southern part of the Dempster.  Julie notes “One disgruntled ptarmigan wasn’t happy with the paparazzi and literally flipped us the bird with his tail feathers along with some indignant clucks.”  We stopped for lunch and got out the BBQ and made some delicious burgers. The scenery was amazing and the views of the Oglive mountains were spectacular. 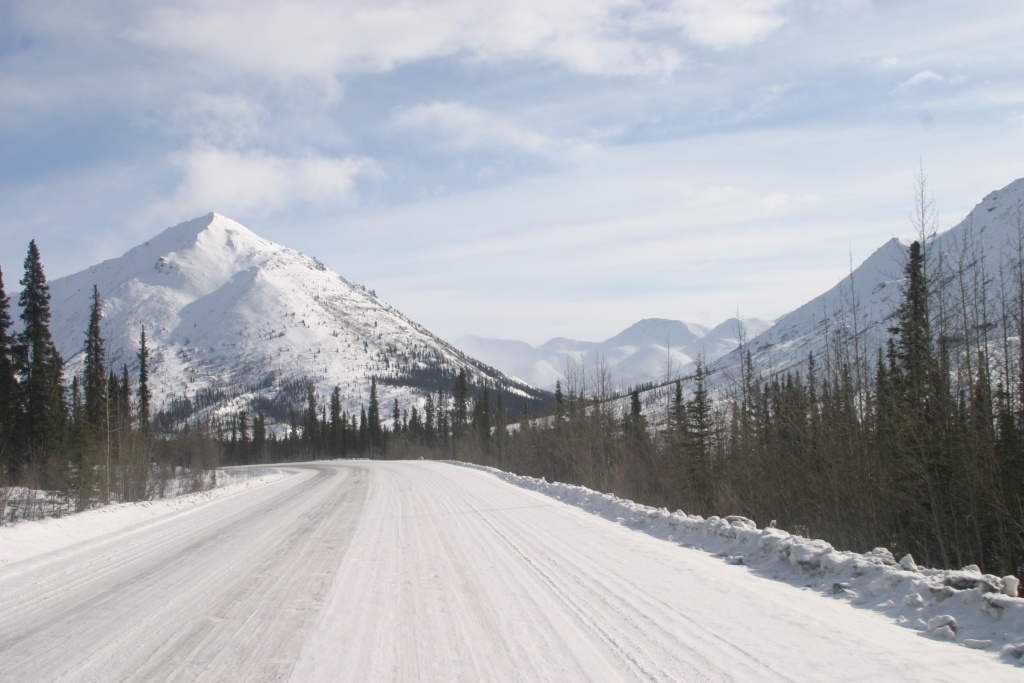 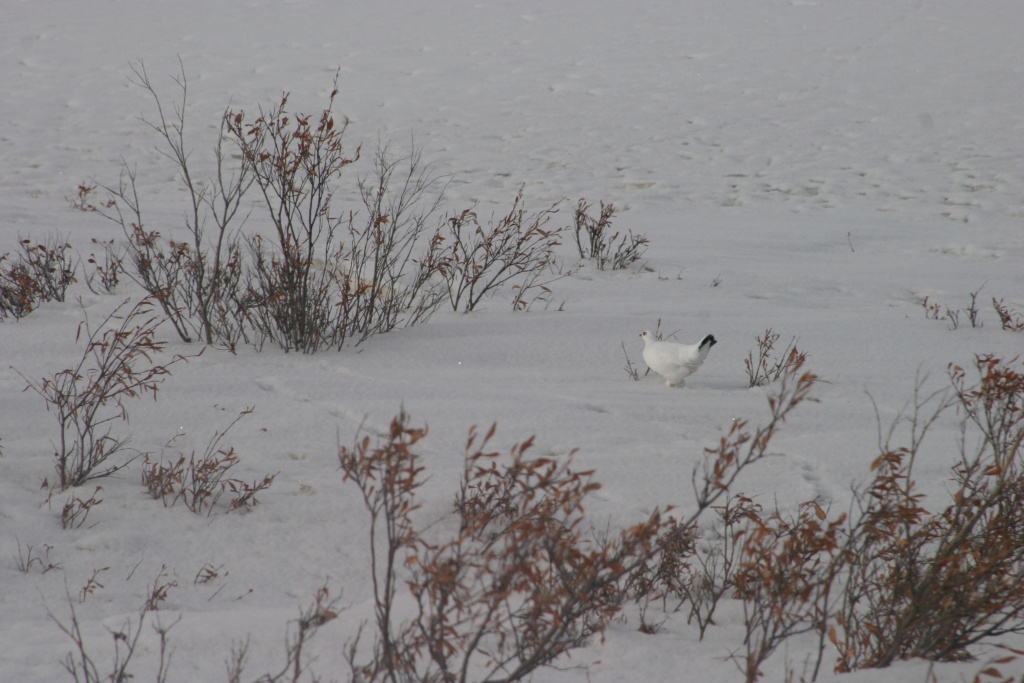 Ptarmigan flipping us the bird 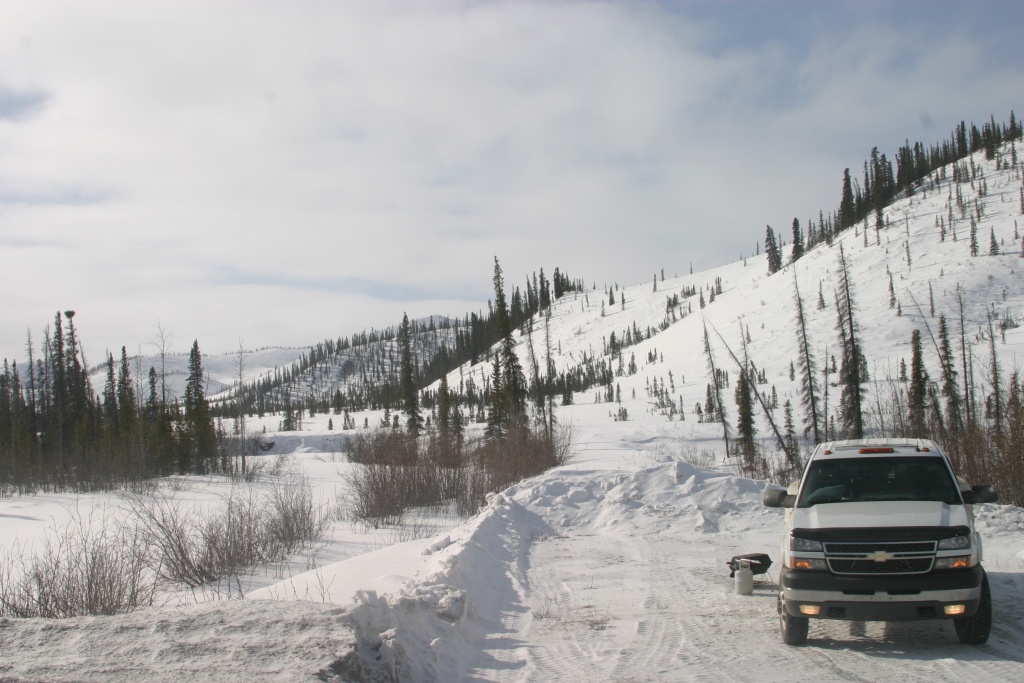 Hopefully, more pictures will be uploaded tomorrow from Inuvik.

Again, we are thinking of Julie’s mom and dad, and 2 uncles.  …take care all