We left our beautiful hotel in Whitehorse pretty early, for us.  I had gotten a really good deal the day before at the nicest hotel in Whitehorse, the Coast High Country Inn.  Our timing was perfect.  When we arrived at the hotel we met the controller who happened to also be Renate from the Northern Lights Resort & Spa.  I used my charms (not that I can help it – it comes naturally)  and got a 30% discount and an upgrade to a Jacuzzi suite.  WooHoo! 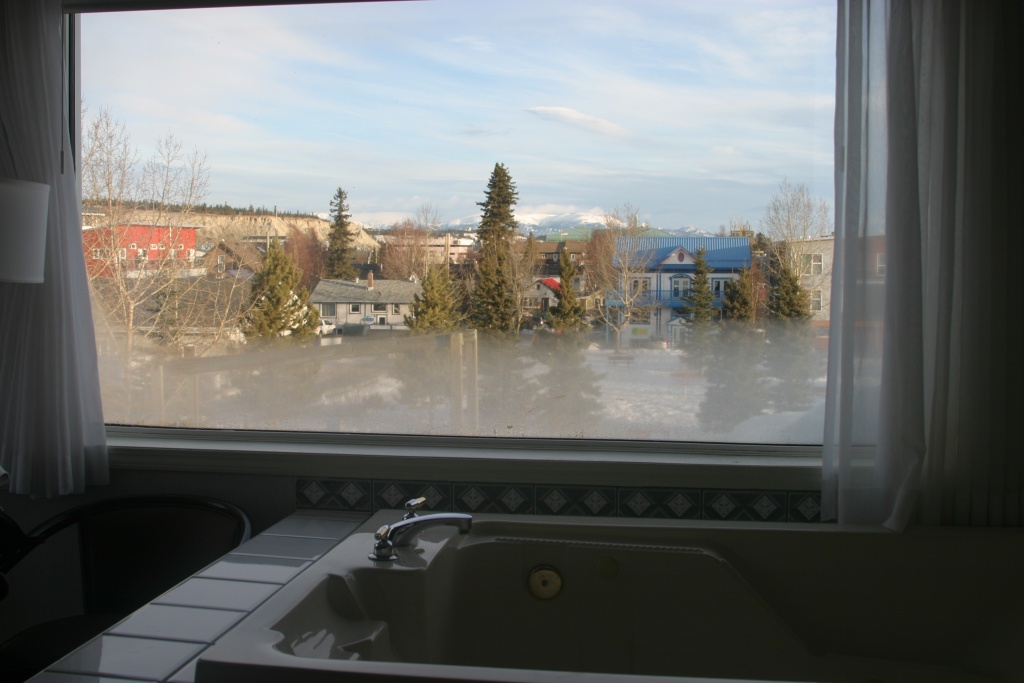 The view from our window and the jacuzzi.

We headed to the nearest Tim Horton’s.  This would be our first Timmies in nearly two weeks.  Can you say W-I-T-H-D-R-A-W-A-L? But as luck would have it, they screwed up Julie’s “high maintenance” tea order so after a few other stops in Whitehorse we found another Tim Horton’s where she got it sorted out.

Our first stop for the day was Swan Haven on Marsh Lake, part of the Yukon River system, about 40 km from Whitehorse.  This is a critical stopover for swans (trumpeter and tundra) on their long migration north to their summer nesting grounds.  We were able to spot quite a few swans out on the open water however, they were a long ways from the shore and viewing area.  Binoculars were required. 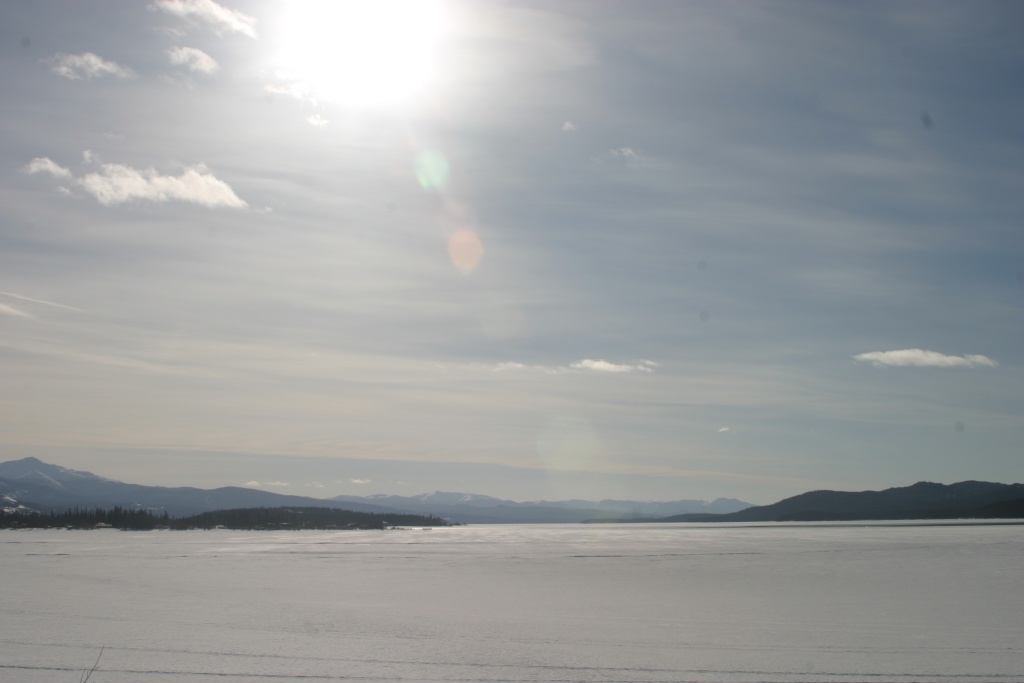 Almost spotting a few swans at Swan Haven on Marsh Lake, part of the Yukon River system. Who forgot to pack the binoculars? 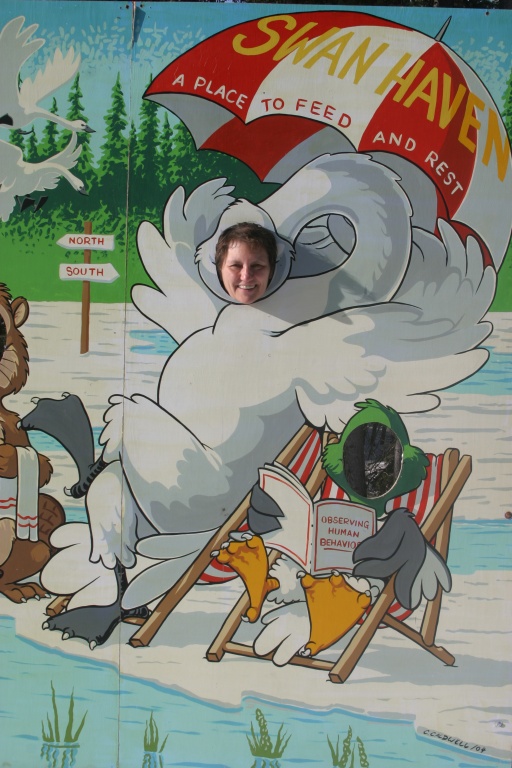 And then there was this odd looking wildlife nearby… 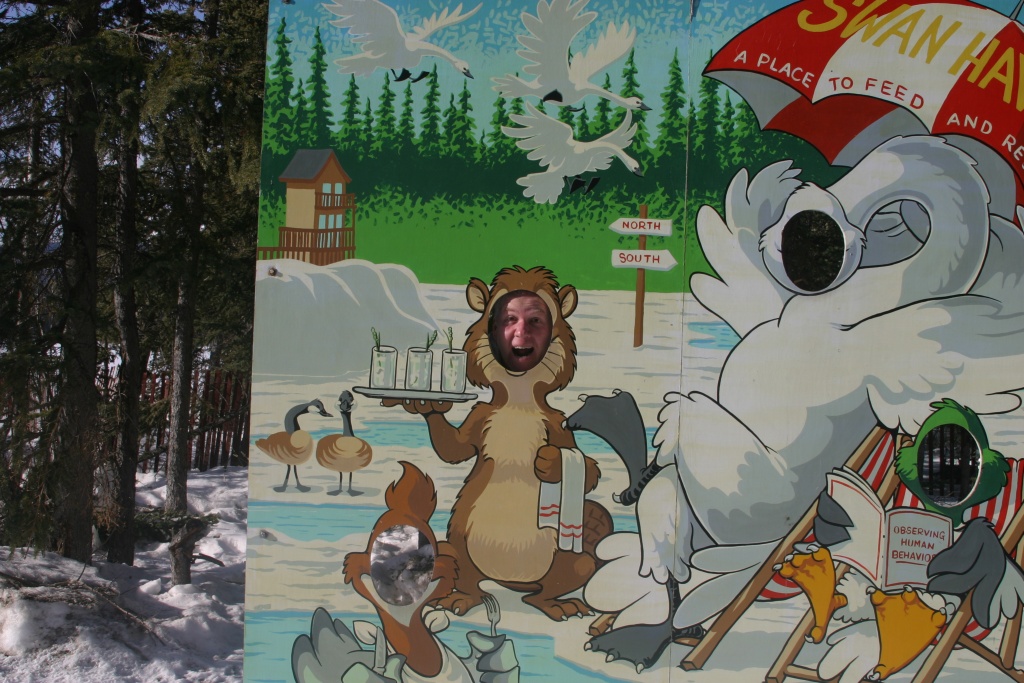 The service was a bit squirrely! 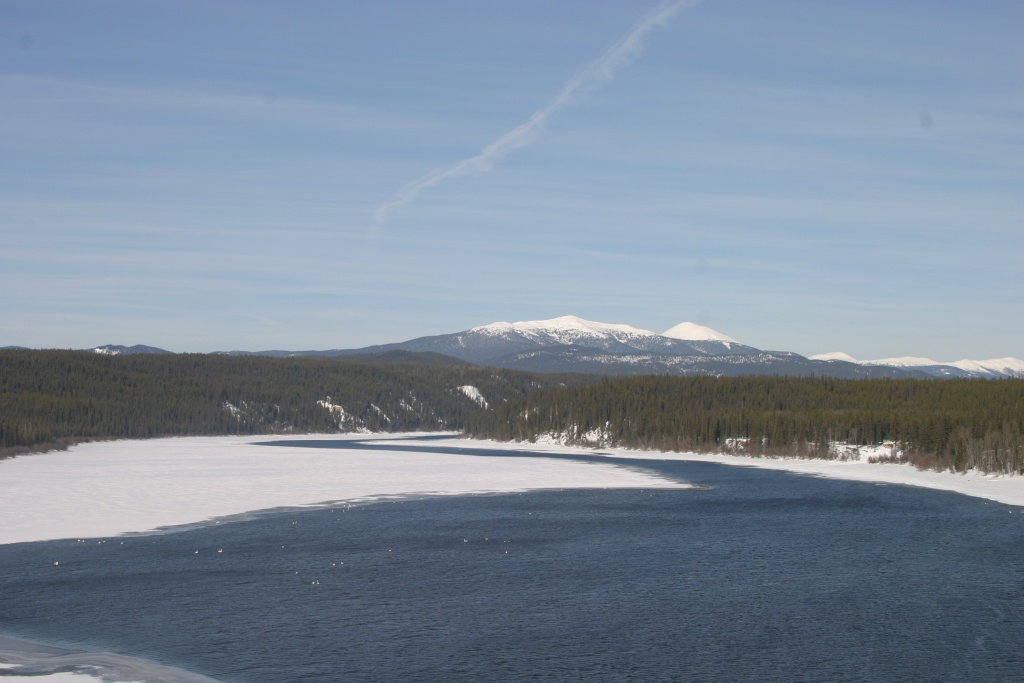 We spotted some more swans at a different crossing of the Yukon River.

We carried on to Teslin where we stopped for coffee.  The Teslin bridge is quite an impressive structure. 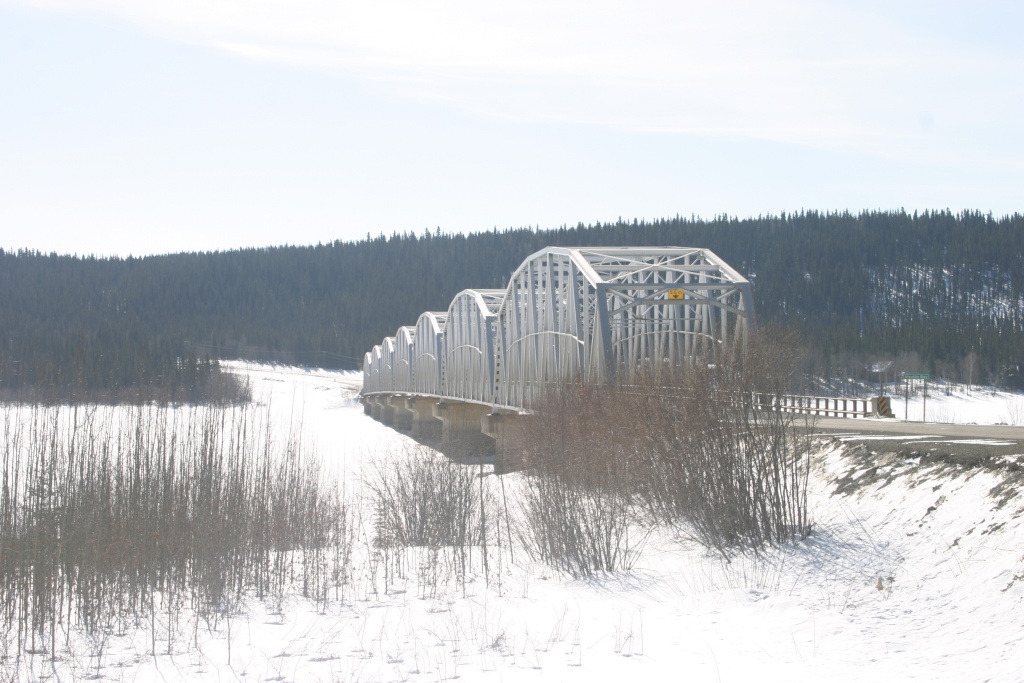 The Teslin bridge is quite an impressive structure.

We spotted more bison along this stretch of road.  They seem plentiful and are a common sighting along the highway.

We made it to Watson Lake in time for a late lunch.  We had already eaten at Kathy’s Kitchen on the way through on Day 2 and wanted to try some of the other fine cuisine Watson Lake had to offer.  According to trip advisor, we should try BeeJay’s Cafe.  The reviews said don’t be afraid of the outside.  So we tried not to be.  Actually pretty cute and clean in there.  And we were hungry.  The food was so-so.  We wouldn’t recommend it but there are not that many choices in Watson Lake. 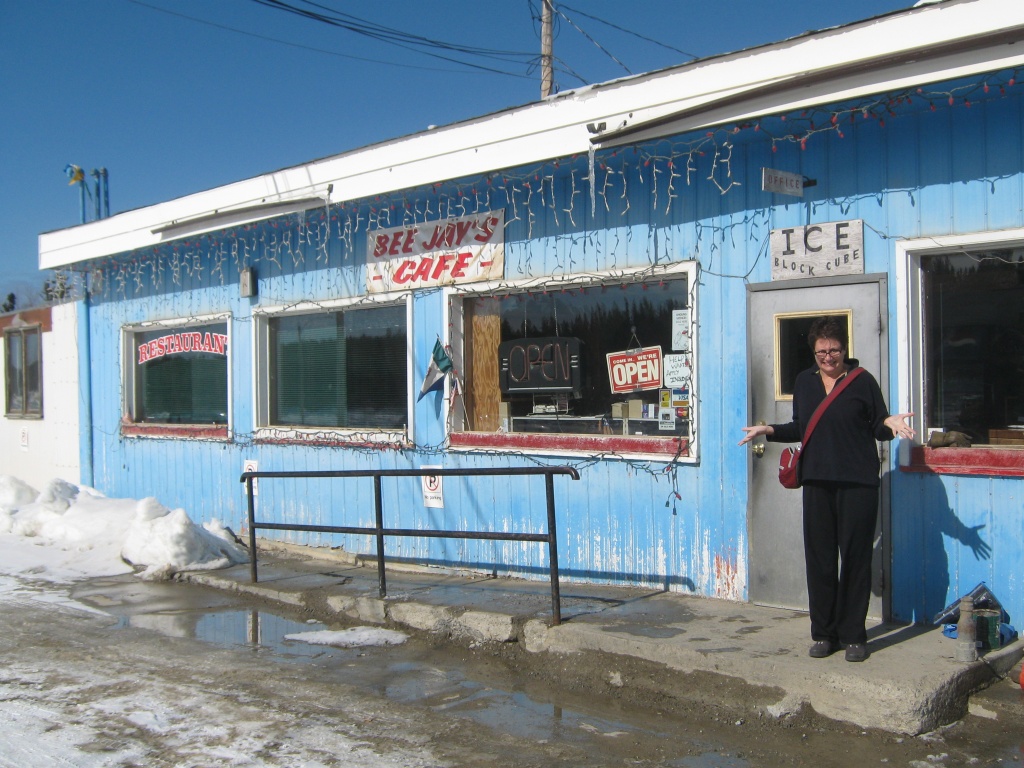 Don’t be afraid they said.

The highlight of the day, and a much rarer sighting than the bison was to follow.  We spotted a Canada Lynx sitting in the snow on the side of the highway.  He stayed put even when we coasted right up beside him.  We have never seen one in the wild before, so this was a real treat.  The paws are huge and he was able to stay on top of the snow.  An amazing sighting for us! 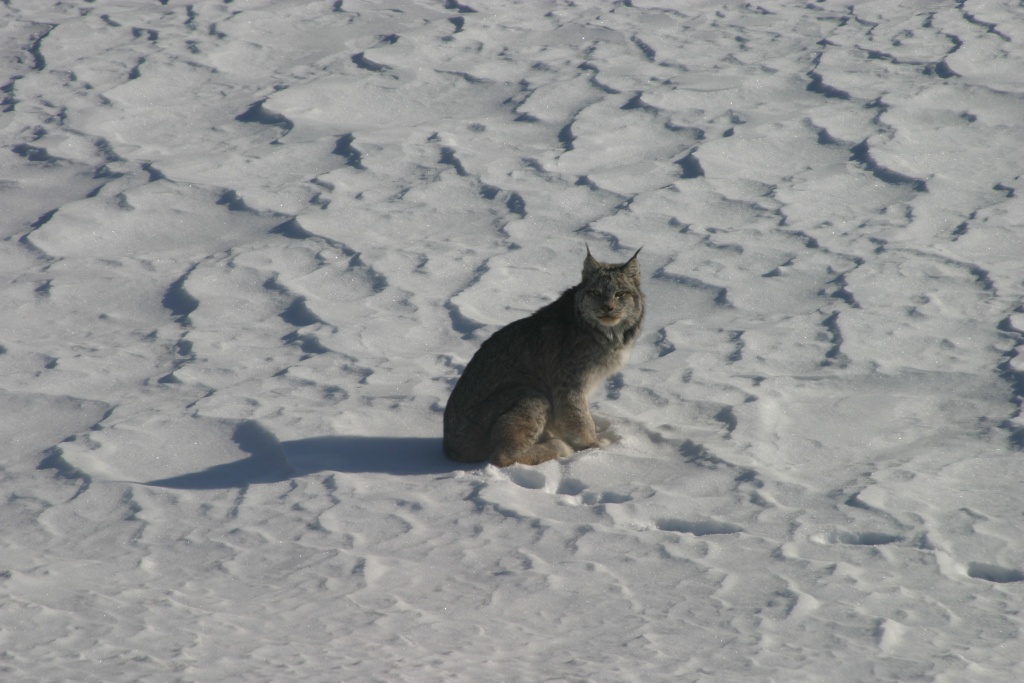 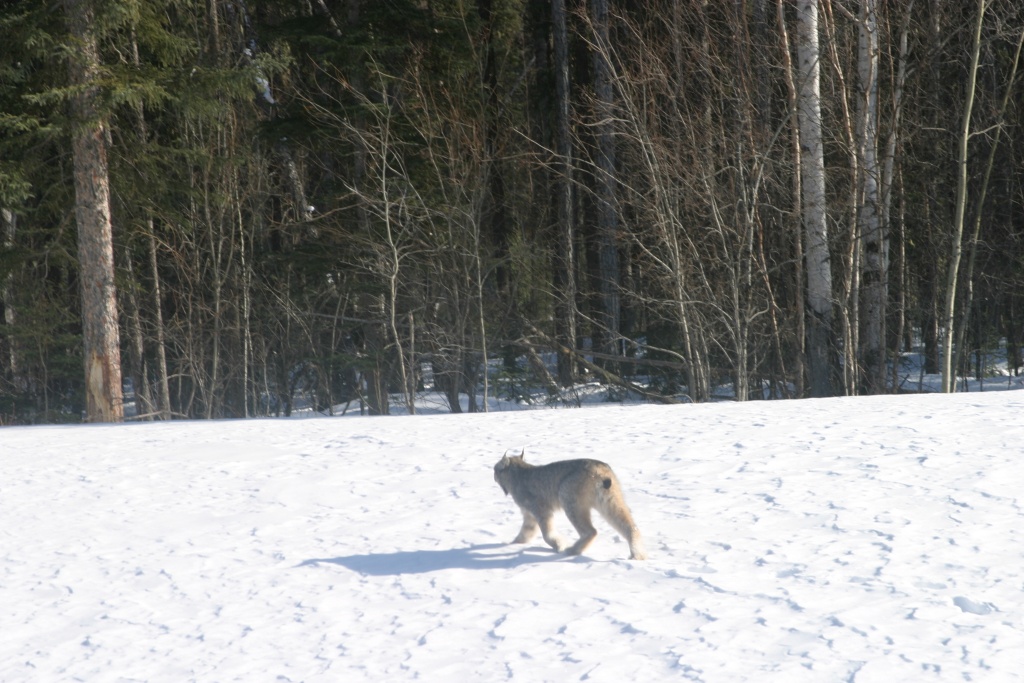 We crossed back into beautiful British Columbia.  Actually, you cross back and forth between BC and the Yukon quite a few times as the Alaska Highway straddles the border for quite a distance. 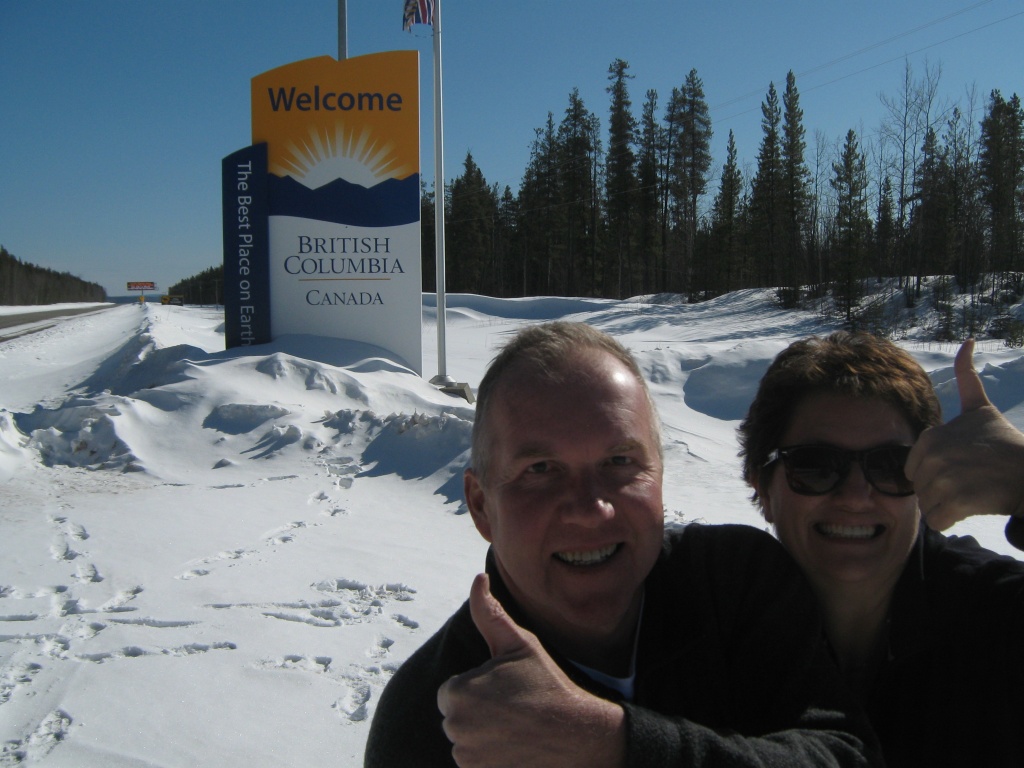 It was then on to our stop for the night at Muncho Lake.  A beautiful provincial park in the Rockies.  We were booked in for the night at the Northern Rockies Lodge.  A famous stop on the Alaska Highway. 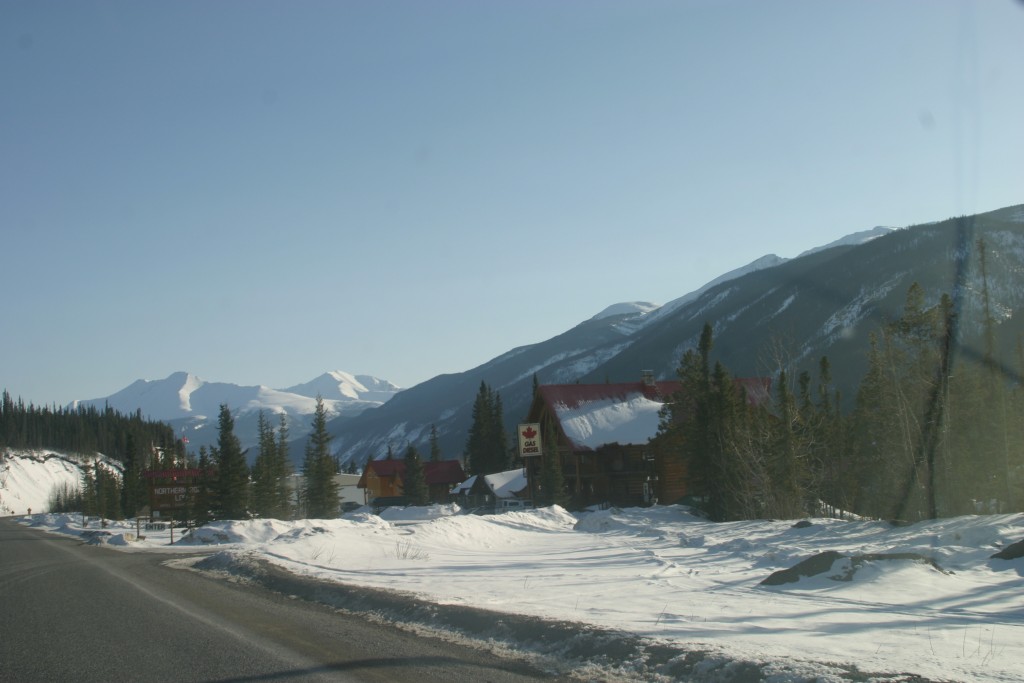 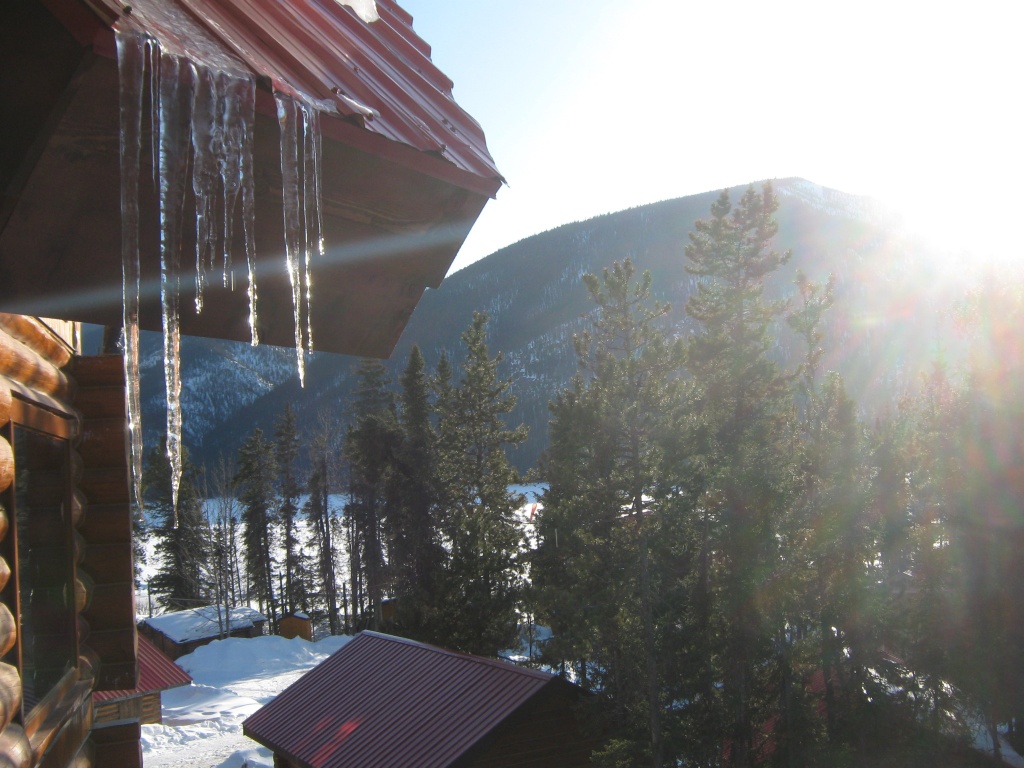 Northern Rockies Lodge a famous stop on the Alaskan Highway

…on to our home in Grande Prairie tomorrow.

…take care all, the muleskinner and his sidekick.  The sidekick was unable to make her usual snarky remarks in this post, er – I mean humorous anecdotes.  She apologizes to all.