Today we drove about 840 kilometres from Muncho Lake, BC to our home in Grande Prairie, AB.  We wanted to get home today so that Julie could catch a flight to Toronto on Tuesday to see her mom and dad, both of whom are in the Kingston General Hospital.

Today was another good wildlife sighting day.  First we spotted two elk alongside the highway.  They were moving into the bush so it was tough to get a good photo.  They always seem to be mooning us.  We’re starting to think it’s us? 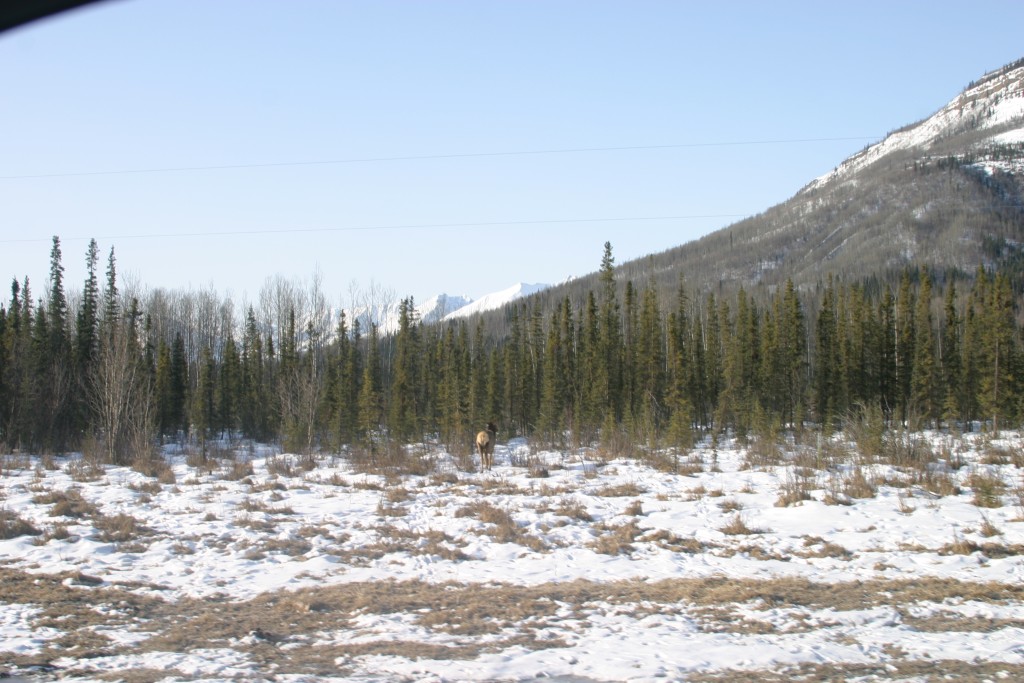 We travelled through Stone Mountain Provincial Park across the Summit Pass.  There is a lonely Summit Cafe sitting near the top of the pass waiting for summer, I guess. 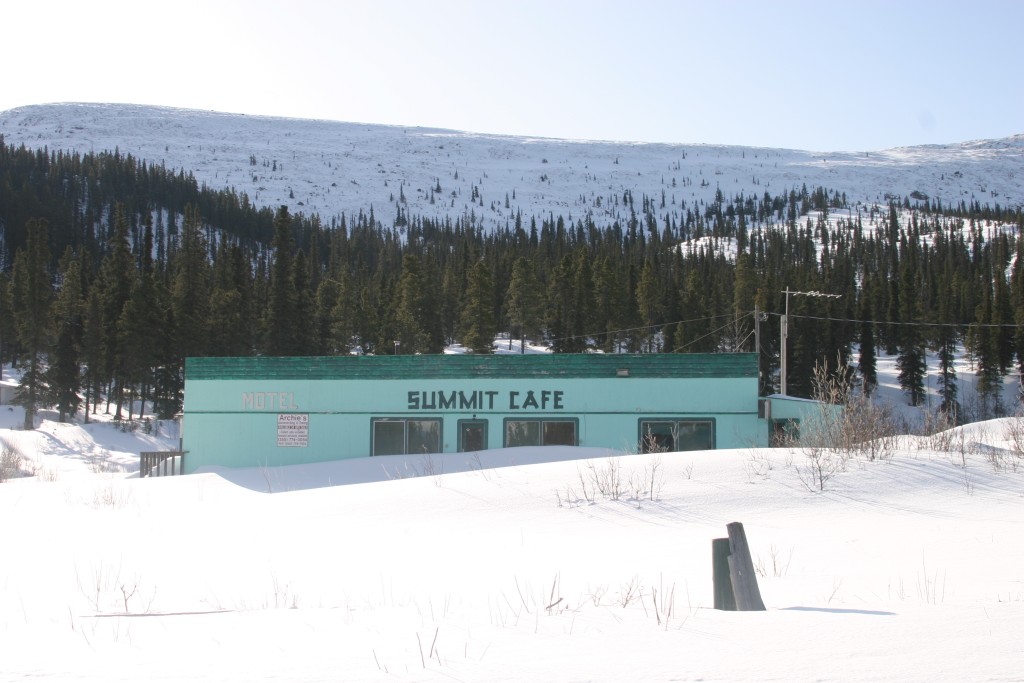 As we approached Fort Nelson, BC we spotted two moose along the highway munching on tender willow branches.  They soon scooted into the bush as well. 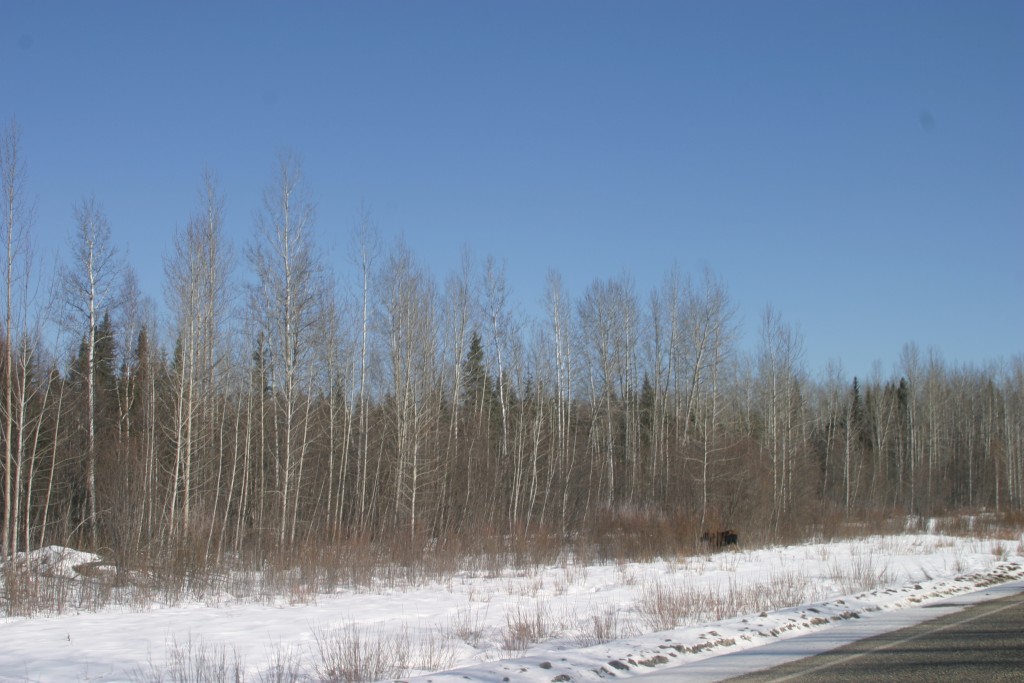 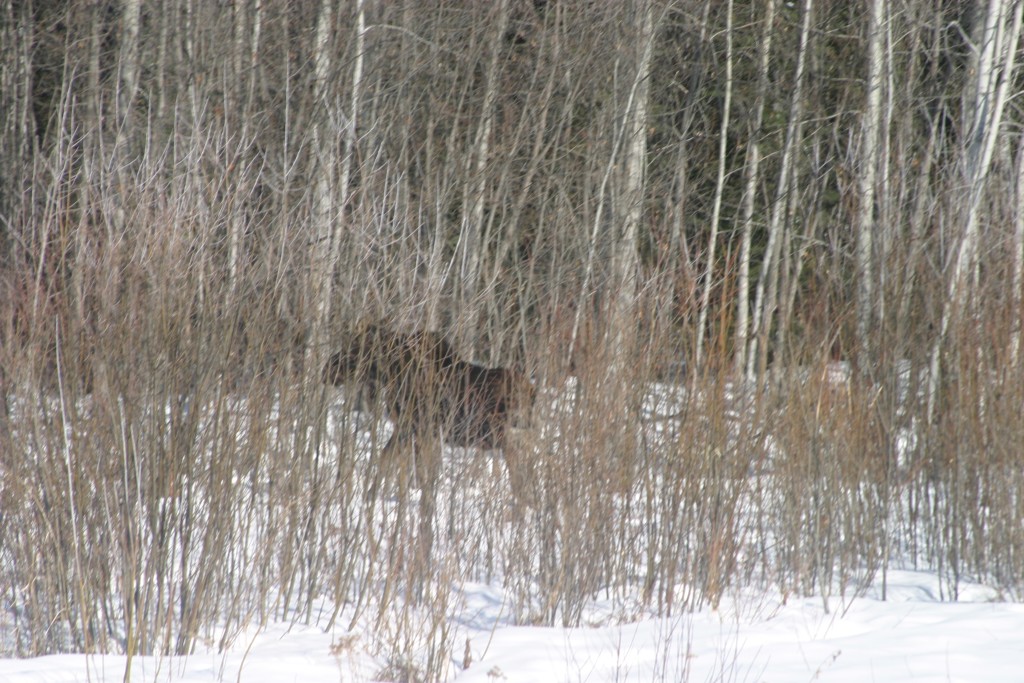 Moose on the loose!

Just before Fort Nelson, BC we spotted two caribou.   We stopped for brunch in Fort Nelson at the hotel we had stayed in on the way north.  However, it was closed so we found Grandma Lee’s bakery.   While we were looking for a place to eat we drove by the Super 8. Check out the photo! You can’t make this stuff up! 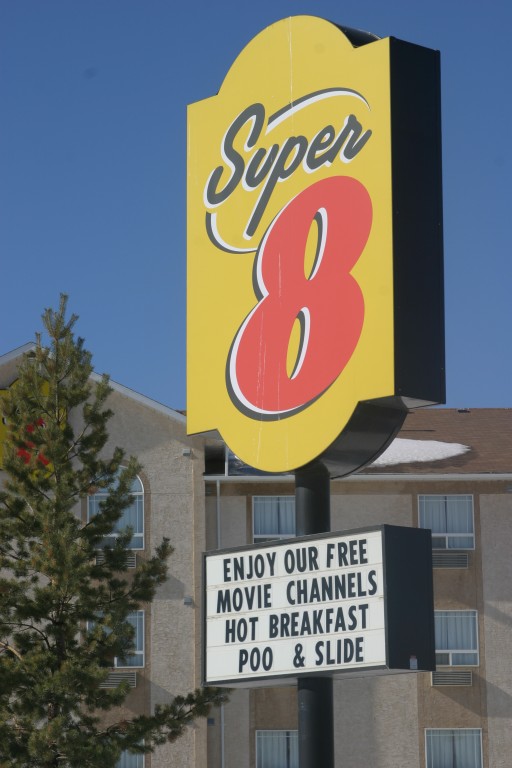 Who could resist this deal?

When we got home, one of the first things we witnessed were 2 small mule deer in our front yard nibbling on the Saskatoon bushes. 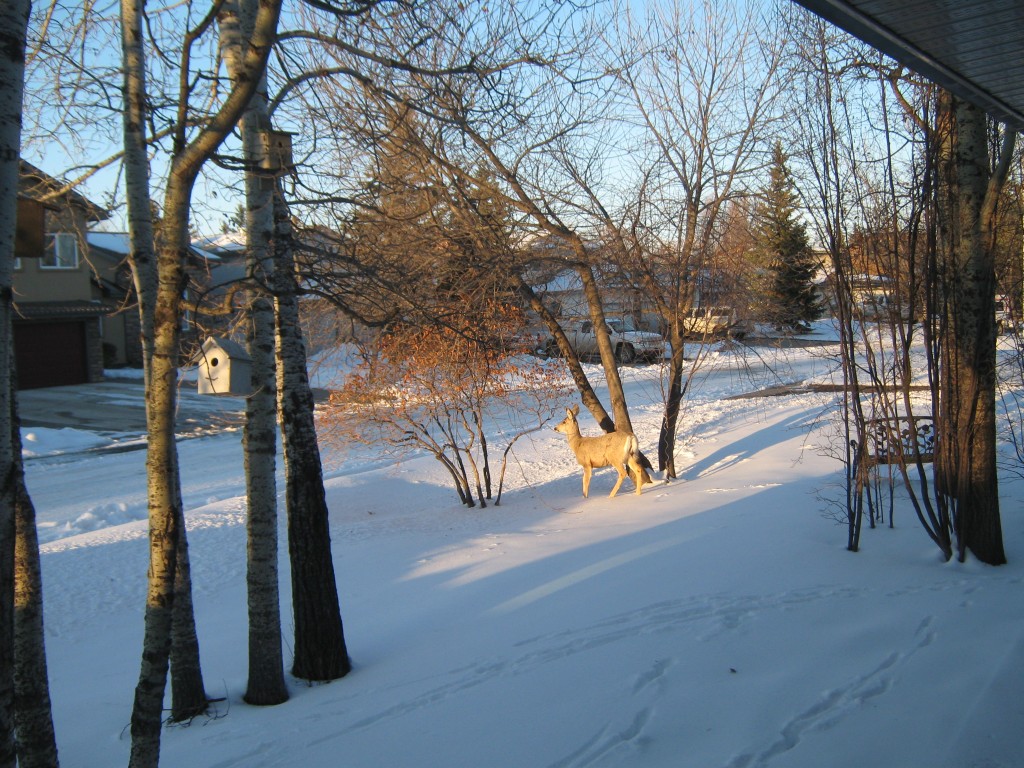 Well folks, that is the end of this phase of our Tuktoyaktuk to Ushuaia adventure.  We plan on leaving around the first of July for the rest of the North, Central, and South America excursion.

All of the pictures have now been uploaded to the photo gallery.

We will be making some further posts between now and then but maybe not as frequently.  Stay tuned for more adventures from the muleskinner and his sidekick.  Adios amigos.