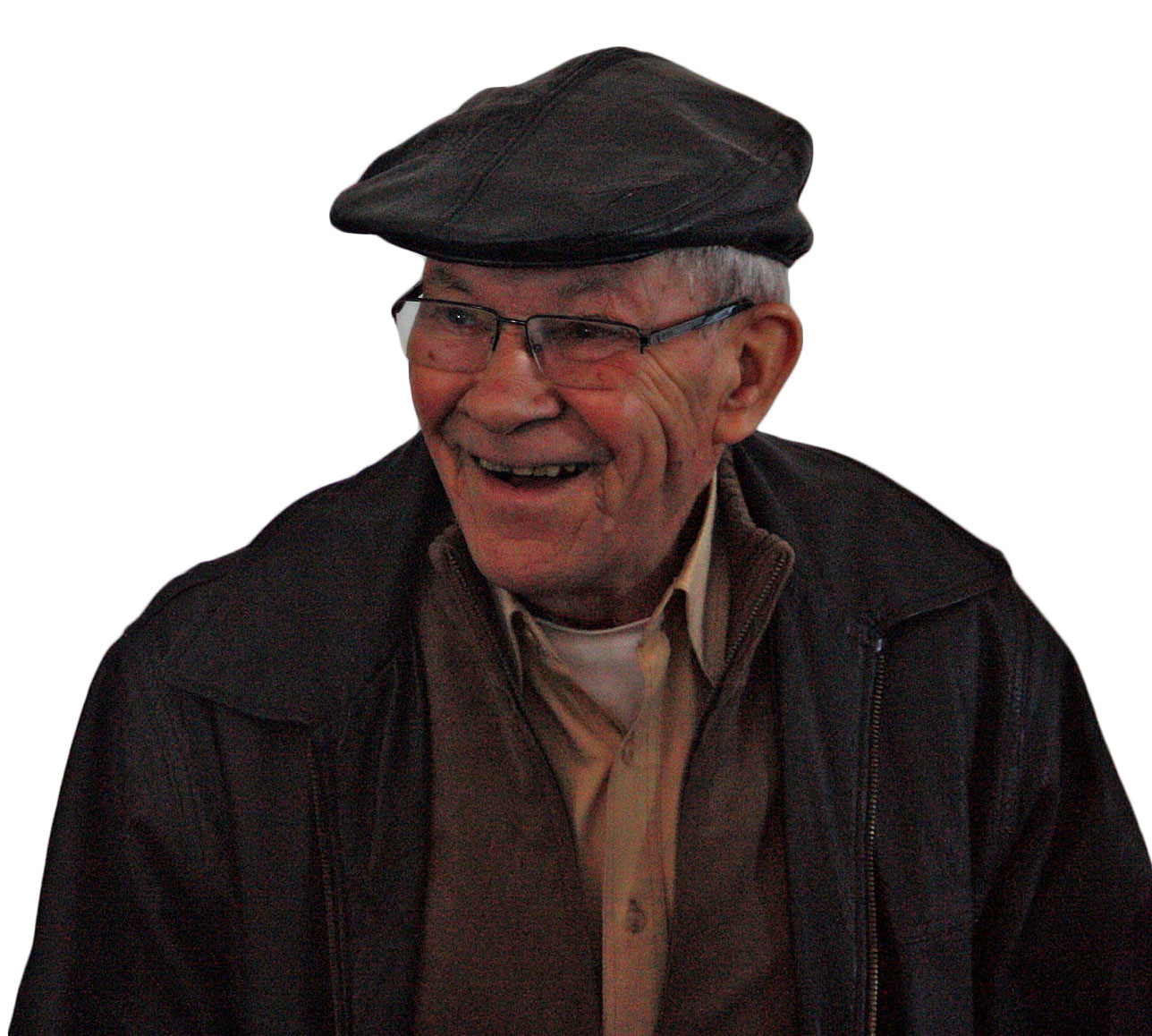 Jim passed away in Lennox and Addington Hospital, Napanee, ON following a stubborn fight with an unbeatable infection. His quick mind, sensitive nature and wicked sense of humour live on. Jim left us reluctantly in the presence of his sweetheart, his wife of sixty years, Vera Holmes and his children. His body was done. His spirit, strong. The gifts of peace and serenity, received. “We cannot direct the wind, but we can trim our sails.”

Jim, together with Vera, raised a strong and talented family and the spirits of all those around them in Moscow, Ontario. They cultivated potatoes and the best friends and neighbours in the world.

Jim was born in Oungre, Saskatchewan. He moved to Ontario in 1941 and to Moscow with his parents in 1949. Jim became a radio operator when he joined the Royal Canadian Navy, September 1951 and during his 5 year service he attended Queen Elizabeth II coronation and was stationed for 13 months on Padloping Island in the Arctic. He married ‘Vee’ on Valentine’s Day, 1953 on board the HMCS Magnificent in Halifax Harbour. Jim and Vera, with their growing family, settled in Moscow in 1959. Hard work, loyalty and his good nature stood him well from his hire at the Terylene Plant (Milhaven Fibres) in 1950 to early retirement from the (now) Celanese Plant. Upon “retirement” in June, 1989 Jim was hired by Hawthorne Security as a guard for the plant, where he worked until August 1999. He embraced email blogging, keeping close to “kids” near and far, who looked forward each morning to his comments on the weather, the world or the potato plant count. He thrived on grandchildren, family gatherings ‘round the kitchen table, rummoli, cribbage, songs and laughter, the morning coffee club and Vera’s love and attention.

Much loved and sorely missed by his siblings, Ronald (Mary) Holmes of Coquitlam BC and Janet Ferguson of Carleton Place, ON and siblings-in-law Elsie Clark, Doreen Gratz (Steve Dudzinski), Hazel Mullen and Herbert Holmes (Lynne).

Deeply missed by many, many nieces and nephews from coast to coast that dearly loved their Uncle Jim.