For any new subscribers who want to start at the beginning, here is a link to the Day 1 post on March 27, 2013. There are navigation links on the bottom of each post to move through the days.

We have arrived in McAllen, TX (actually Mission, TX). This was our destination for this phase of the trip. We left Falcon Lake State Park this morning and headed into McAllen. Julie notes “As has been the trend, there was a fire ban in effect at the park so instead we watched the fireflies flit about and again a lightening storm was on the horizon. Thanks again Mother Nature.”

We spoke with the park warden about the posts and hooks and we have the answer. None of the answers we have received so far are correct but have kept us amused. Do you want to know what they are used for? (see yesterday’s post if you don’t know what we’re talking about.) Julie notes “The park ranger also helped us identify the 6 or 7 little bear shaped creatures that trotted across the road about a quarter of a mile from where we were registering. They were a family of havalinas or peccary. And not a gang of little juvenile delinquent bears sneaking up on tiptoe to commit some nefarious activities in the park, as was my theory. Google them for a good look.”

Before we left the park we spotted the elusive roadrunner again, up in a tree. And the “wile e coyote” was chasing him with a camera. Julie notes “Both are cute and quirky in their own special way. I wish Brad would do his hair that way though. Speaking of cool hairdos the park ranger also helped us identify the Caracara and Turkey Vulture (previously known as ‘Slickbacked Hair Vulture Guy’and ‘Hawklike wings Raven bird’. They keep updating these names I guess.” 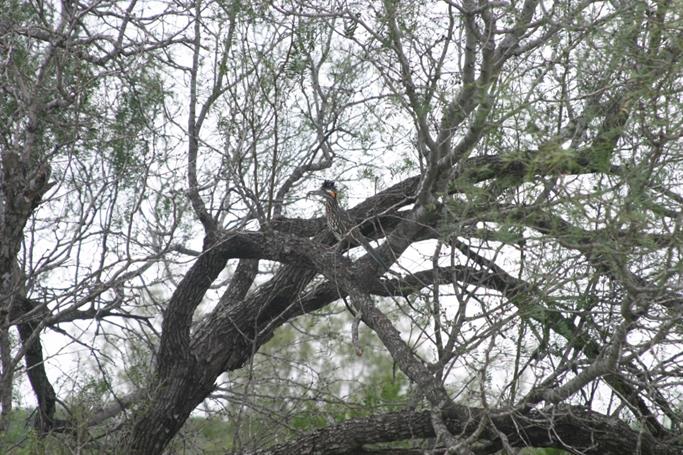 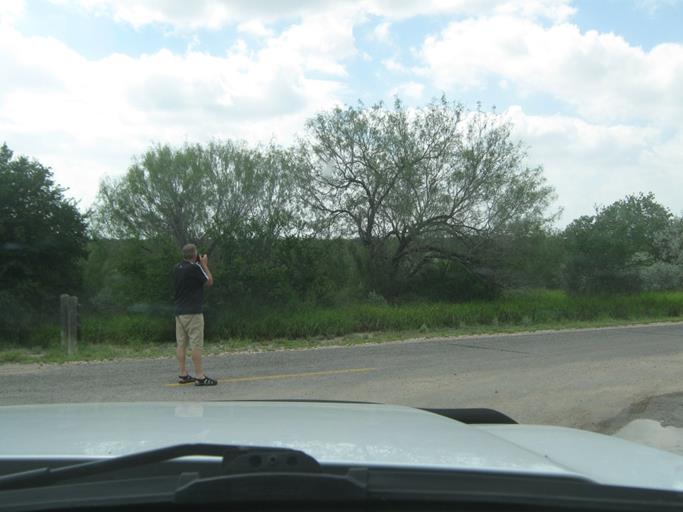 We unloaded the camper, in the 37C heat of the day, once we arrived at the Twin Lakes RV Park so that we can have a few things done to the vehicle before we leave. This week will be spent making our final preparations before heading south. It looks a little lonely sitting in the camper parking area. This is an older RV park that appears to cater to a lot of Winter Texans who spend the colder months in the South. There are a few locals milling around but the park is pretty deserted. Julie notes “We are trying to learn a few Spanish words from billboards and signs. Things like ‘frutas y vegetales’ were fairly obvious. Brad seemed to be having a hard time figuring out what ‘augumento la busto’ meant though as he practically ran off the road staring at the picture on the sign.” 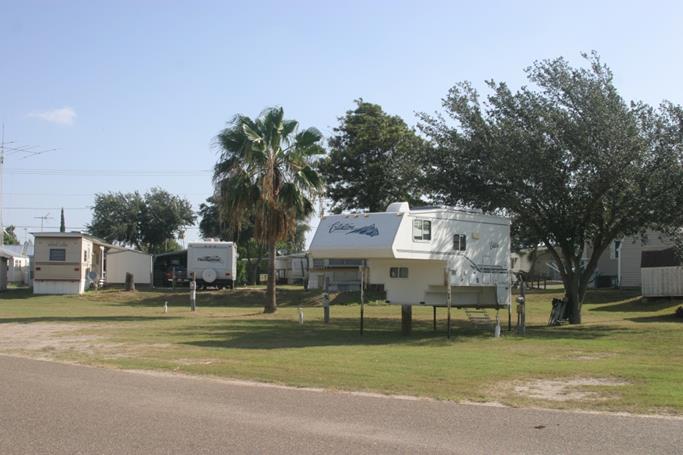 We “hit” a bank for some US cash and made some appointments for the truck. We also met our trek guide, Norm Yelland, in the park. He drove right up to us a few minutes after arriving. We had a few discussions about the trip and started some of the required documentation and paperwork. There is another person here, from Hawaii, that is going on the trek as far as Panama. He is just traveling in his car. We haven’t had the chance to meet him yet.

Below is a map of our route from Grande Prairie, AB to McAllen, TX. It looks much different than my planner route once my navigator got her own map book. J 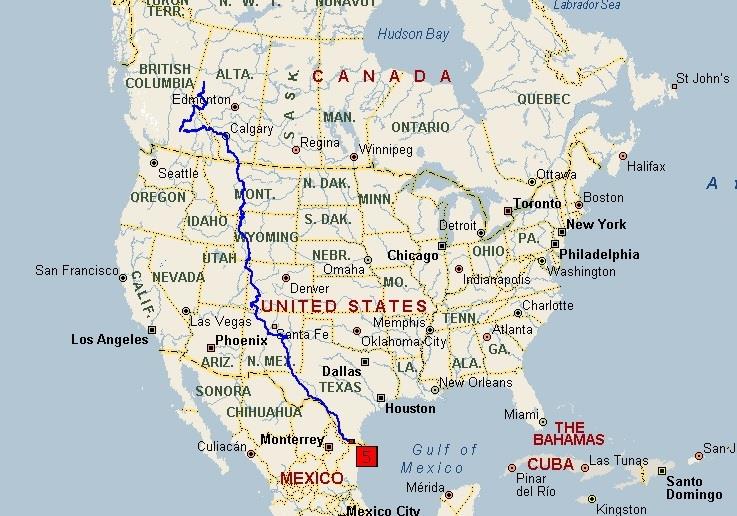 …not much else to report, take care all, the muleskinner and his sidekick.

Julie notes “Hmmmm not much else to report eh? I smell something funny about that statement. Oh wait! It’s a skunk I smell as guess who got skunked on our first road trip crib game. Give up? His name starts with B. If you know the answer to that, leave us a comment.”