Another border crossing was planned for today from Costa Rica to Panama. We will not spend much time in Costa Rica but it is a beautiful country with some great tourist developments and a spot to come back to someday. Julie notes “I started Brad off with a snappy fun little tune from the iPod called Muleskinner Blues. His mother in-law-Vera would be pleased with that as she dubbed him the muleskinner after he successfully led caravans of relatives across Alberta, BC and beyond on several occasions. It was a good way to start a soon to be hectic border day.”

We had glimpse of the scenic Pacific coastline and mountains as we travelled southward towards Panama. Unfortunately, we reached the border and had to navigate the most chaotic vehicle setup you could imagine. It is pure chaos trying to juggle your vehicle into the right position through a maze of traffic heading in all directions. Panama is quite a progressive, modern country but the border crossing certainly does not demonstrate that to the casual visitor. Julie notes “It was Brad’s turn to turn the airwaves blue as he was forced out of the lineup for the 4th time by transports and macho traffic policemen with whistles and attitudes. Cover your ears again Wally, Wally.”.

Carlos, our restaurateur host, seeing us off in the morning. Julie notes “Brad was experiencing a bad case of oven envy as Carlos was the proud owner of an authentic, right down to the horse manure, Central American wood burning oven similar to a Forno oven. Hot stuff. Oh well. He already has a hot tamale for a wife. He can’t have everything.” 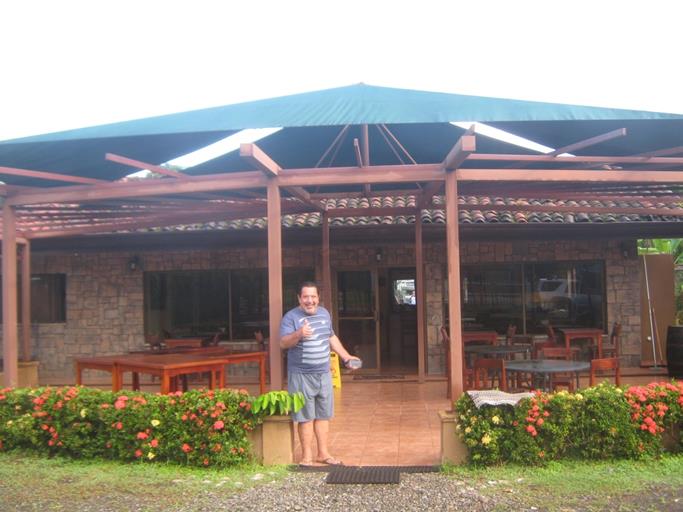 Our campsite and Julie’s early morning contemplation. What is she contemplating do you suppose? Maybe I don’t want to know. Julie notes “Well let’s pretend she’s NOT contemplating the new whisker she just found. And let’s say this is part of her Tai Chi meditation that she does on stressful border crossing days. Or maybe she’s saying mmmm Chai tea would be tasty right now.” 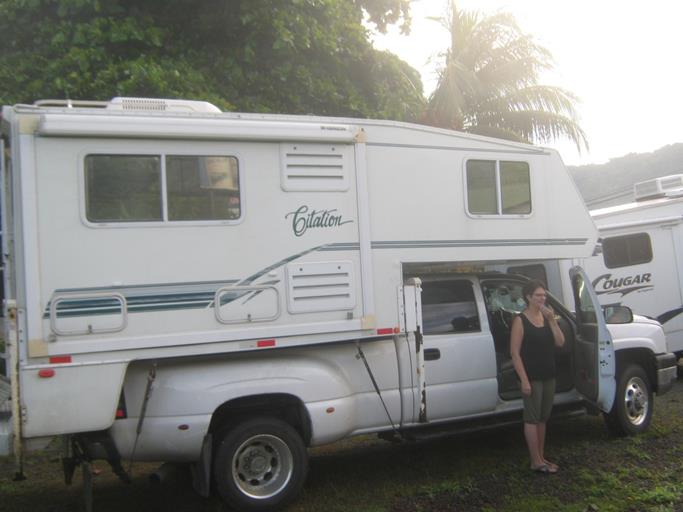 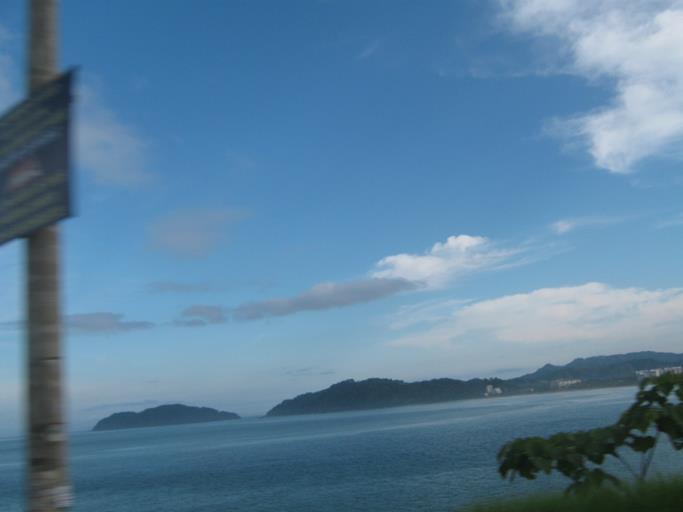 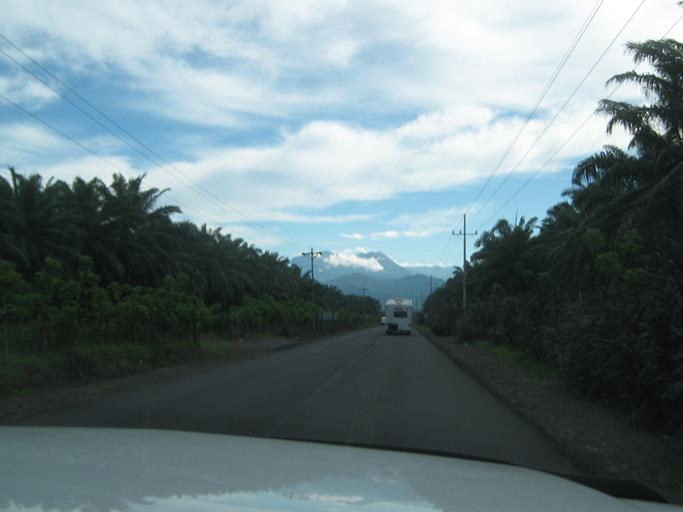 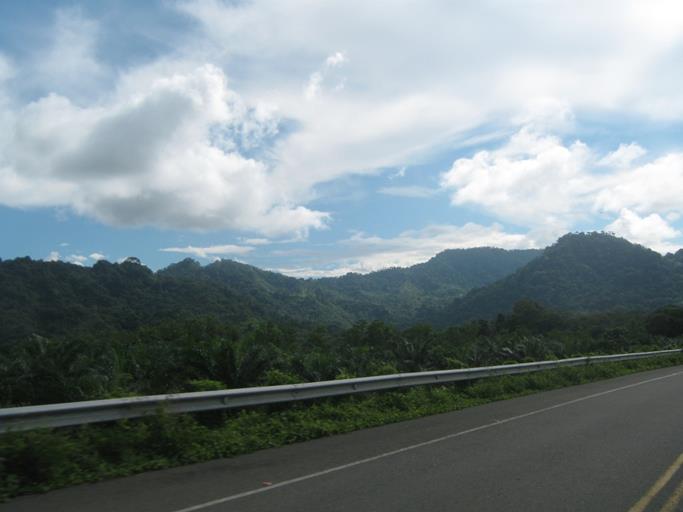 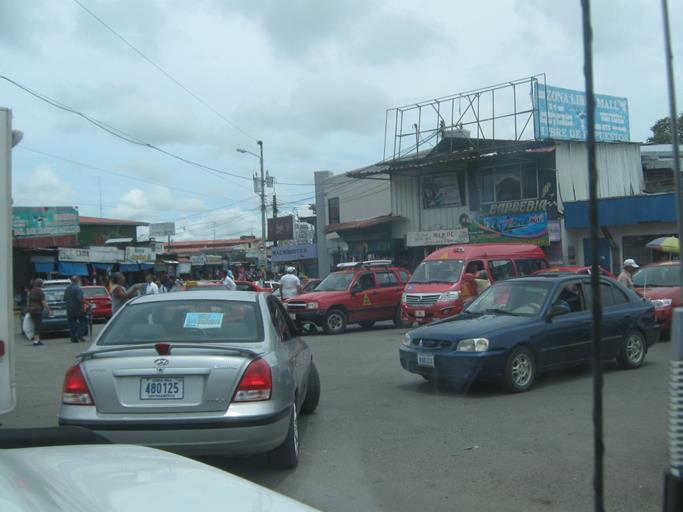 I can’t go anywhere, at least not fast. 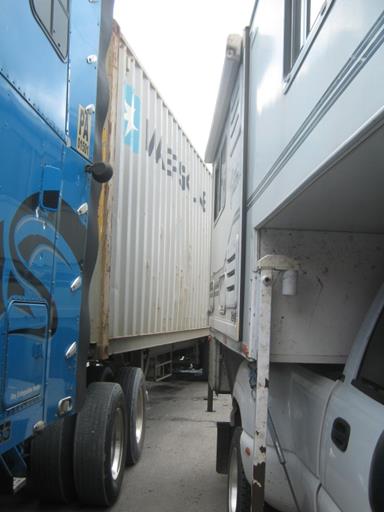 The border effects of 7 different processes, all at different locations, on a handsome, intelligent, calm, otherwise mostly sane gringo. Julie notes “Obviously he’s describing Justin, in the pink shirt behind him.” 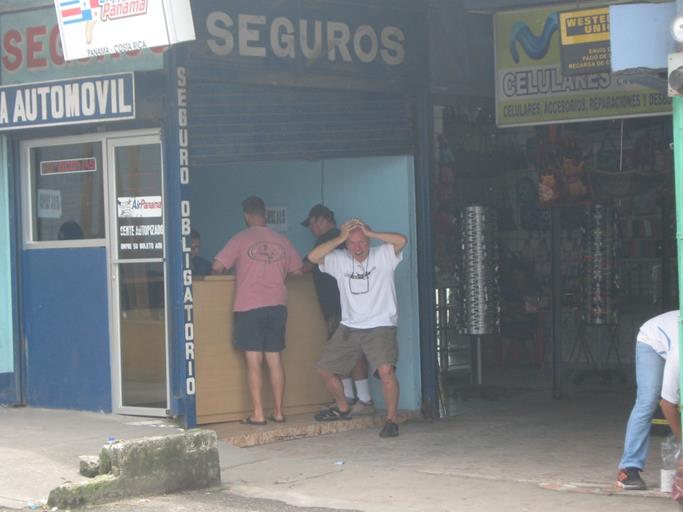 One of the many money changers hanging out at the border displaying wads of cash. 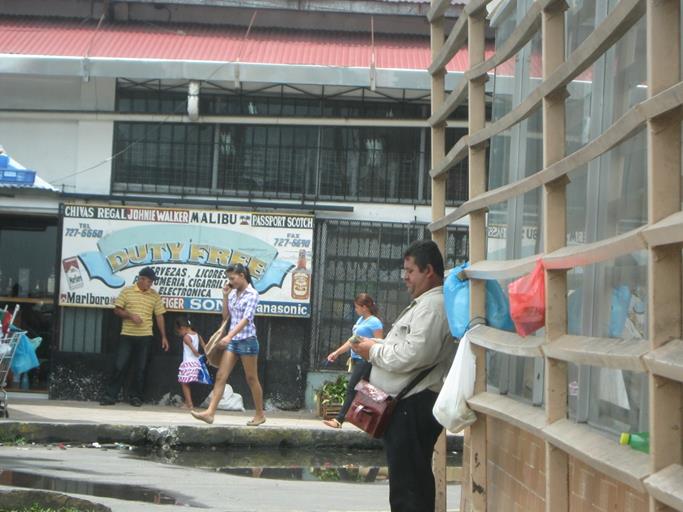 But with my patient nature, we make it through another border unscathed and hope they mean what they say on their sign. J

Julie notes “For the WTF file (Wow That’s Freaky!) after we finally were able to position ourselves in the line for the 5th attempt and our 5th wheel buddies up ahead held their space for us to occupy while a young lad ran along in front of us waving us past other irate drivers into the actual lineup, the Uncle Kracker song ‘Follow me, everything will be alright…’ played out of our itunes. Okay well maybe it didn’t play until after we’d been sitting there for about 30 minutes but I think it still qualifies for a ‘WTF’. Then Cold Play sang to us that ‘nobody said it would be easy, I’m going back to the start..’ and that is when we realized that each time we thought we were done, there was one more person to play charades with in broken Spanglish. But we did it. And Chloe, please cover your ears in doggy heaven, but we were thankful not to have a dog or 4 dogs with us, as even though they had all the documents in order there was one more money grab before our fellow travellers were allowed to cross. Meanwhile we were outside the gates having a chicken and guacamole sandwich.” 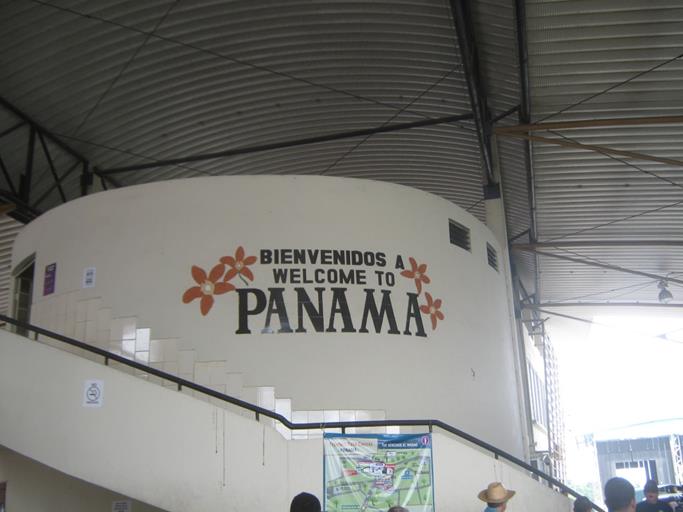 We drove on to Volcan at an elevation of about 4000′ above sea level. It is much cooler here. Tonight the temperature is below 20C. We ate at a little outdoor restaurant with our friend Victor who will be departing us tomorrow and heading to his new home a few hours away.