We were on the road again today after some running around supposedly looking for auto parts with our guide in Rivas, Nicaragua. Julie notes “We surprised our guide by telling him as he was sneaking away early this morning, that’d we’d travel into town with him on his quest for parts instead of sitting around wondering if and when he was going to return to the beach. He led us on a merry scavenger hunt about town, with excuses and stories and each turn. But it was fun to see him sweat a bit. Are we becoming those evil unhappy people we see on reality shows? If only we were getting paid for this.”

We travelled a short distance to the historic city of Granada, Nicaragua. With some assistance from our guide, we arranged a boat tour on Lake Nicaragua and a horse and buggy tour through a waterfront park area and then the old colonial part of Granada. It was good to be on the road and also fun to do some touring of new territory. The lake tour goes through an area of 365 islands and includes a stop at an old Spanish fortress. We took well over 100 photos again today and will try and sift them down to a few. Most of them aren’t very good it shouldn’t be too hard. J Julie notes “Well that must be because Brad had the camera for most of the day. Couldn’t be my many bleary attempts to get interesting vehicle loads and family modes of transport and great scenery, etc. all at 100kms/hr.

An old church in Rivas that is being restored. Julie notes “One of our stops in Rivas to get ‘parts’. It was a neat spot to sit and people watch.” 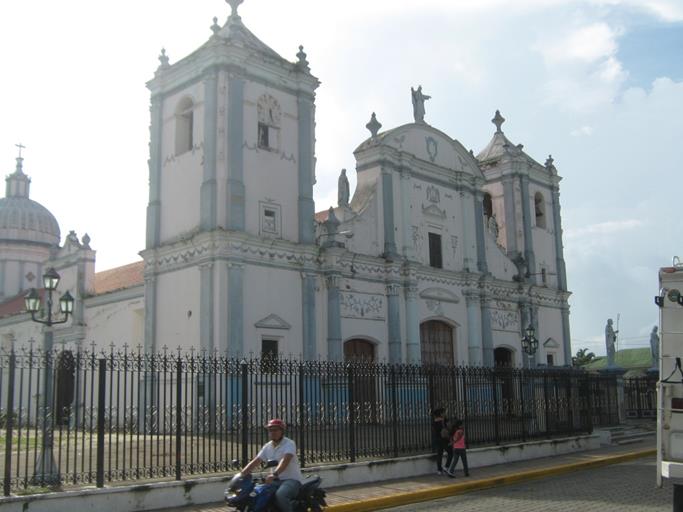 Julie’s workmates might be thankful for the QEII hospital lab after seeing this laboratoria. Julie notes “This is one of the fancier labs that I’ve noted in my travels. But I am still hoping I won’t have to come out of retirement and work here. We do have another border crossing tomorrow. Everyone pray that cool, calm and collected Brad is the one doing the talking this time and let us cross to Honduras. We’ll see what the labs are like there.” 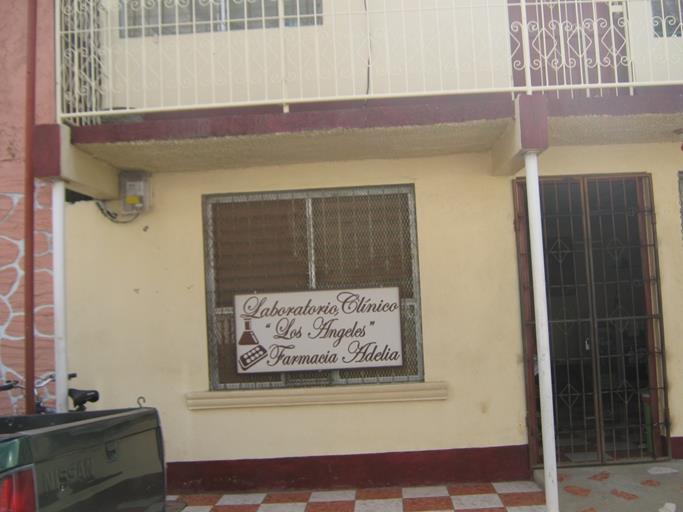 Our horse and buggy with a father daughter driving team. They took us from our camping spot to the boat launch and then came back, with Raymond the horse, a few hours later to take us on the city tour. Julie notes “Everybody loves Raymond, especially the lady horses we passed”. 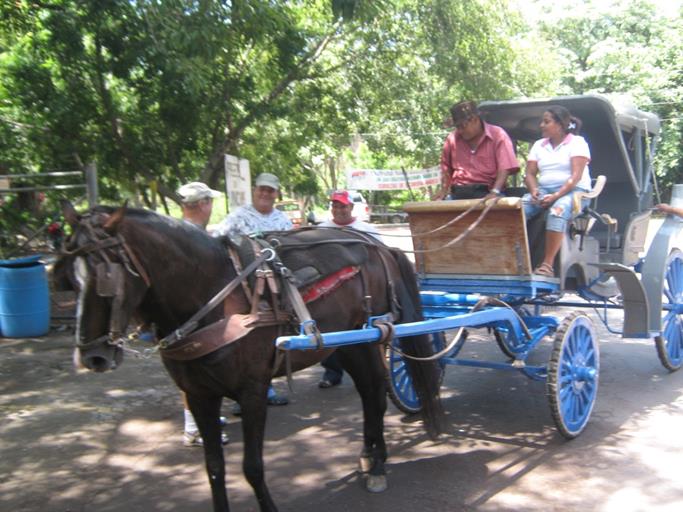 Pepe, our young boat captain. He was a good guy and spoke English much better than we spoke Spanish. We had a private tour of the islands as we were the only ones departing at that time. 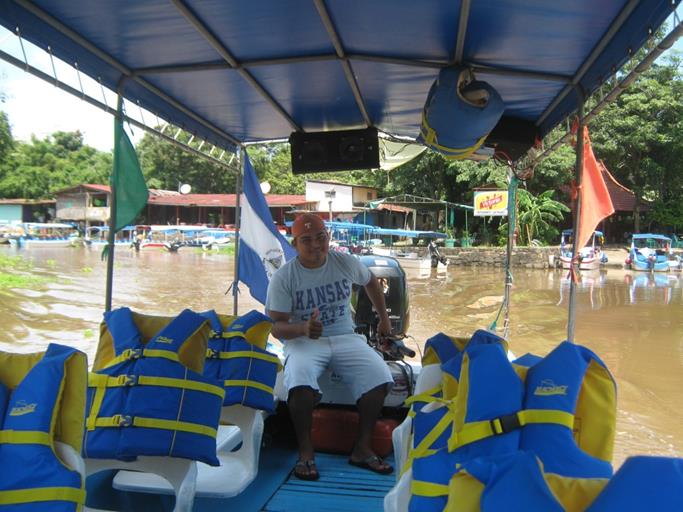 Amazing trees and birds. The islands are mostly privately owned by the wealthy and have some elaborate vacation homes. And we even saw 4 monkeys that inhabit one small island. 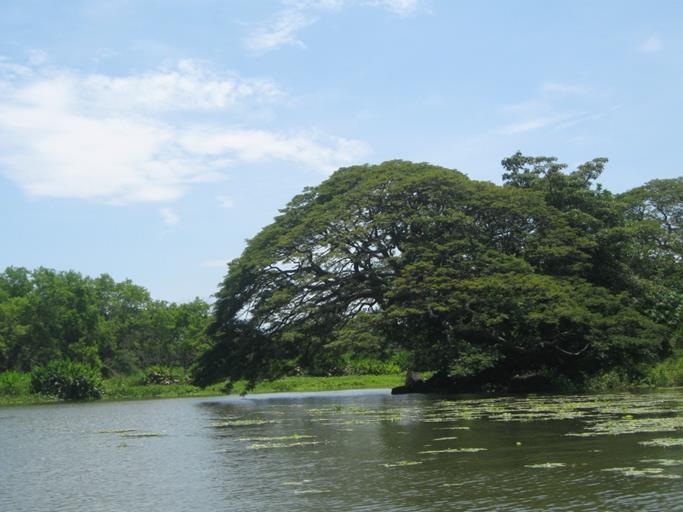 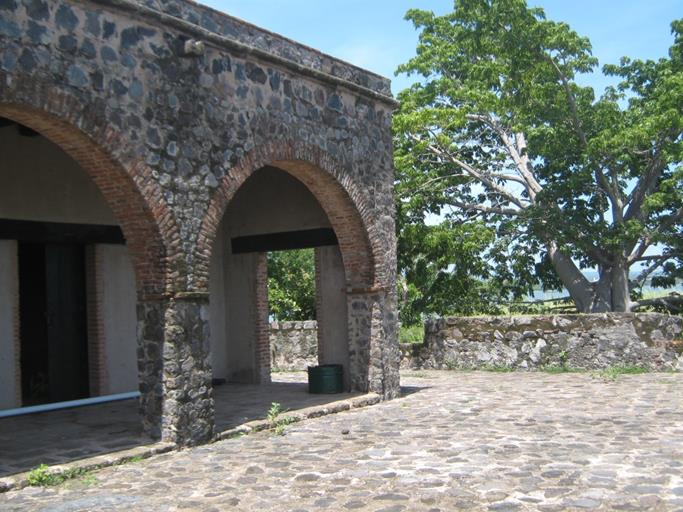 Julie notes “Guess who we’re gunning for? And yes Karen P we are still ‘stylin’ the hats. And thanks again to the ‘hat Cam’s mom bought me’ that I am wearing stylishly crooked here, I did not get sun stroke.” 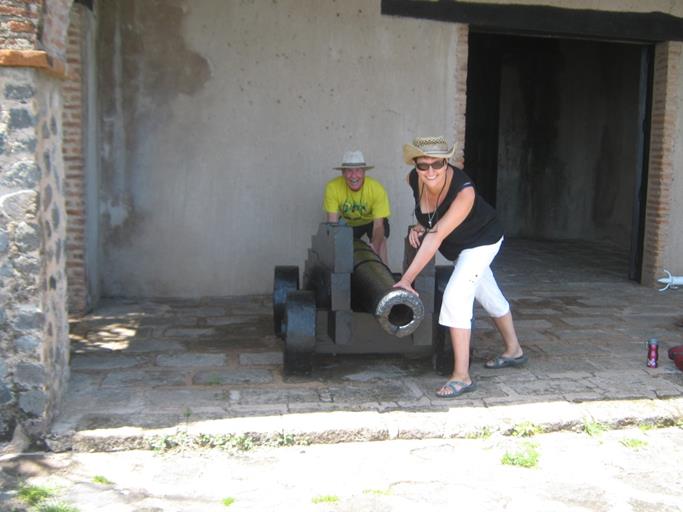 Julie notes “On the look-out for British pirates coming to steal our Granada silver. Or certain scurvy guides who try to steal our vacation plans.¨ 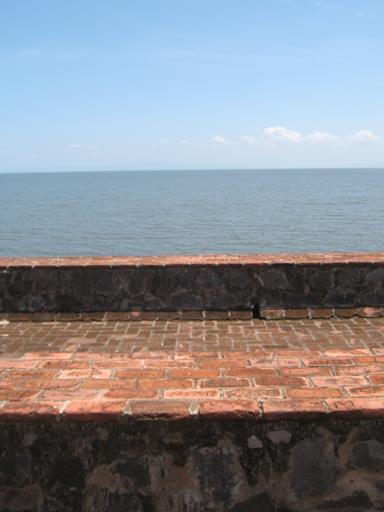 Julie notes “I think most casualties at this fort probably happened when the soldiers tried to run up or down these stairs. They were tricky even with my tiny delicate feet.” 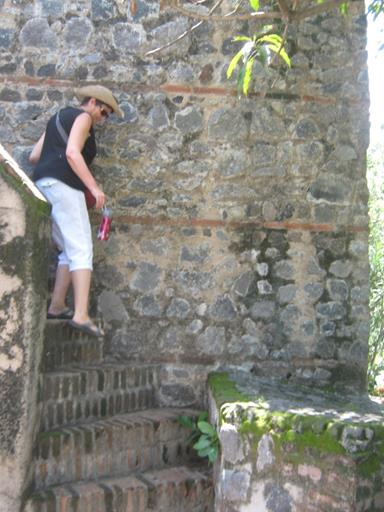 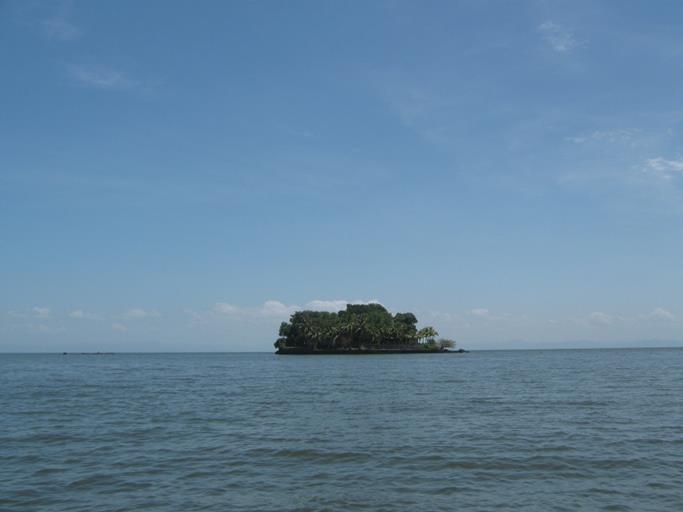 Julie notes “They sell you three bananas and there are 4 monkeys. What’s with that? And Brad, father of 4 of his own monkeys so should know better, throws all 3 bananas over at once and one bully monkey grabs them all and doesn’t share. Kids! I almost made the guy go back for more bananas but hopefully there will be more tourists to follow.” 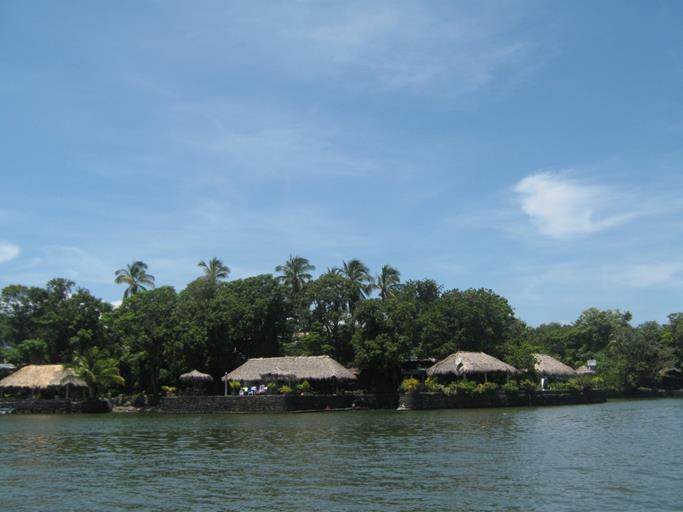 Julie notes “My flower came off a tree in a pod that looked like a skinny banana. Pepe made a big show of how he was going to eat the banana and then tada, like a magic trick there was a beautiful flower inside.” Brad notes “Isn’t that how it happens to all the girls?” Julie notes “haha I think I’ve maybe been reading too many Victorian Harlequin romances.” 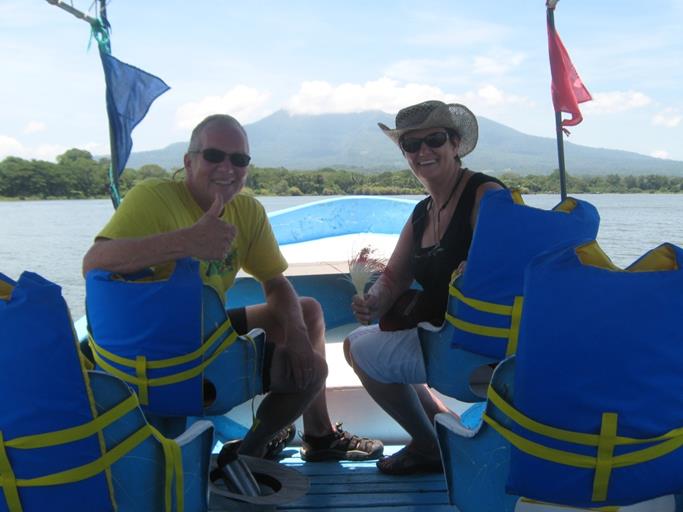 One of the old buildings in Granada. Julie notes “We think it is either 400 or 400,000 years old. Our driver was giving some statistics to his daughter who was translating to English as best she could and some things got a little lost in translation. But the city trip was fun, they were great people and we had some good chuckles with them. And again their English far outshines our Spanish. Kudos to them.” 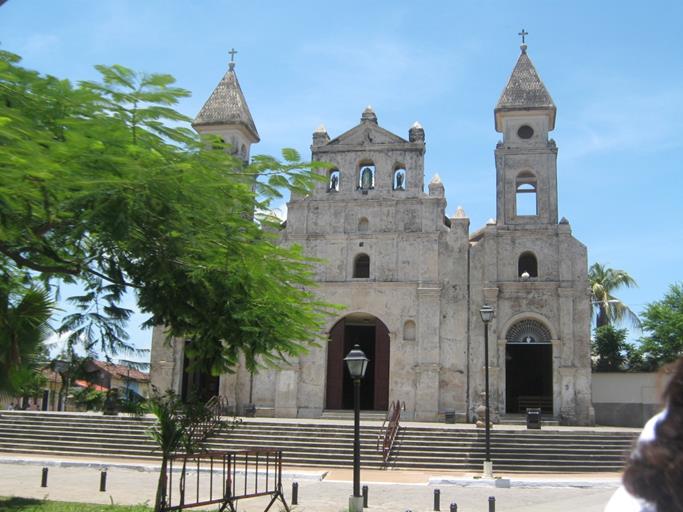 We decided to take a taxi back into town to the central plaza area for a nice dinner. We had seen many nice restaurants in the central plaza area on our tour. We hailed a taxi and off we sped into the inner city hoping our driver knew where we wanted to go. It was another taxi ride to remember. His knowledge of the narrow back alleys and streets that may have been shortcuts put fear into these gringos. We travelled through some very sketchy neighborhoods but eventually arrived exactly where we had asked to be taken. We had a “nice” dinner at the La Gran Francia Hotel and Restaurant. Julie notes “First we headed out of town it seemed, then through the barrios, families and horses and cattle and dogs and probably chickens all dodging us. It was dark so there may be lots more details that we missed. My whole body was tensed and I know my face had that bug eyed tourist look as I worried not only for everyone’s safety and whether the poor old taxi was going to break down right there but also for the living conditions that we saw. It was another reality check for how fortunate we have been in life as we get dropped off in the fancy part of town. We ordered the Macau, the Nicaraguan national drink to celebrate no life lost on the trip to the hotel. And toasted to hopefully a less adventurous cab ride back. I also had the traditional tipico onion and jalapeno sauce over some sumptuous shrimp and the local veggies, papas, zanahoria and zuma, were cooked perfectly. The cab driver that returned us to our camping spot was much more sedate a driver and made sure we were locked up tight in our camper before he left us. ‘Mucho peligrosa’ he kept warning us. Hoping I don’t have any crazy cab nightmares tonight.”

…over and out for today, the muleskinner and his sidekick.

Julie notes “Barb, do you think it’s maybe time for another theme song?”