West Texas to Eastern New Mexico is cotton growing country. It is also sorghum growing country, and peanut growing country. We never really knew what sorghum was but now we do. (Julie notes “I think he is trying to say we didn’t know a cotton pickin’ thing, literally we knew peanuts, about sorghum.”) It is a crop that grows in marginal and arid conditions and is grown in much of the world, used as grain, fibre, and fodder. It is used to make such foods as couscous, porridge, flour, and molasses (thanks Wikipedia). Julie notes “We had to go to Wikipedia as no one had answered our question from a few days back regarding the corn-like plant with the tall yellow spike. Turns out, as Brad mentions, it is sorghum. Now I have heard this mentioned by famers before but thought they were saying they had a field of sore-bum, which seemed natural after spending all day on a bumpy tractor. I feel a bit silly now since I am pretty sure I told them that that sounded painful and I hope it clears up quickly.” We also passed many cotton fields and cotton gins. Julie notes “This is good as I do cotton a nice gin and tonic on a hot day.”

We drove from San Angelo, TX to Carlsbad, NM. It was a drive of about 470 kilometres which has been our biggest driving day since entering the US again. Of course, there was a headwind most of the day which kills my mileage with the big truck camper sticking up in the air like a windsock. Julie notes “And with me sitting on top in my rocker, you can imagine!”

We stopped for lunch at a little park in the small town of Seminole, TX. We picked up some more groceries and supper at Albertson’s in Carlsbad, NM before heading on to the State Park. Camping fees were $14 for a water and electric site. Not bad.

Our campsite in San Angelo State Park. Julie notes “Just before leaving we met our camping neighbours Frank and Faye Jones, who have camped and lived around this area for years and had some great suggestions. They also reminded us not to wander off the paths as that is where other creatures live and they don’t like being disturbed.” 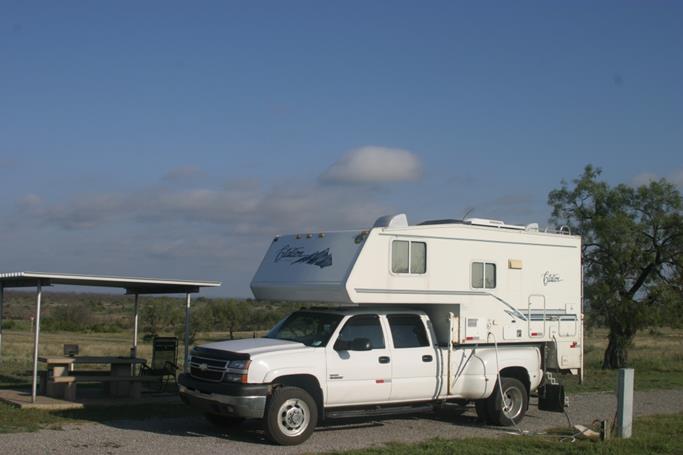 This is the boat launch on Oc Fisher Lake. Haha I don’t think this manmade “lake” has held any water for a while. Julie notes “Hey Harrison, what kind of fish do you think are in that lake?” 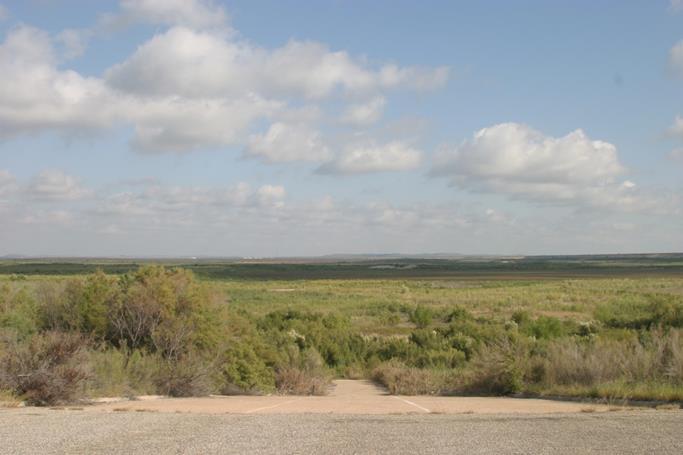 The dam and control gate. 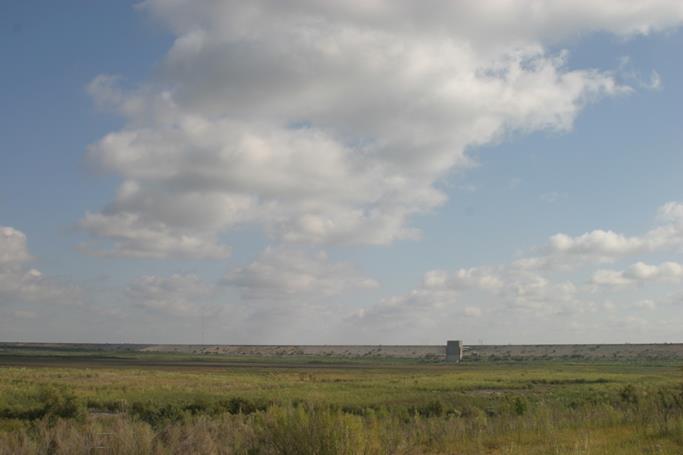 There are hundreds of wind turbines along highway 87 and the wind does blow here. Julie notes “I had been trying since we had started on this journey, to get a shot of the old and the new windmills. Feeling defeated again today, Brad noticed this shot with the old style in the background. Mission accomplished, I didn’t even know it. One less thing to be compulsive about. The ‘laundry on the line’ shot opportunities, since crossing into the states, have been very few and so far I have been unsuccessful. I need a fix soon!” 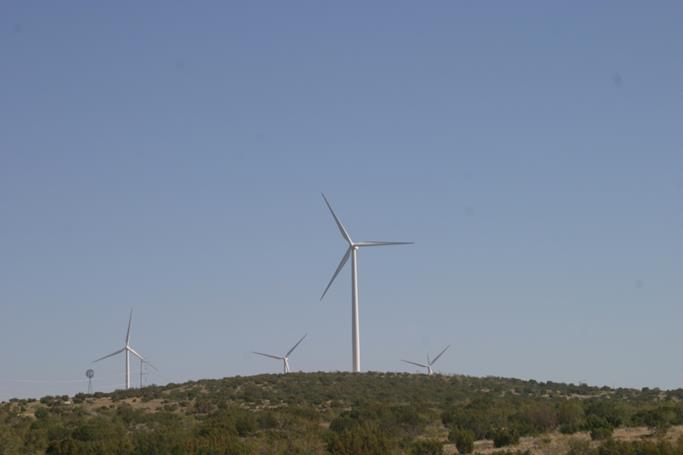 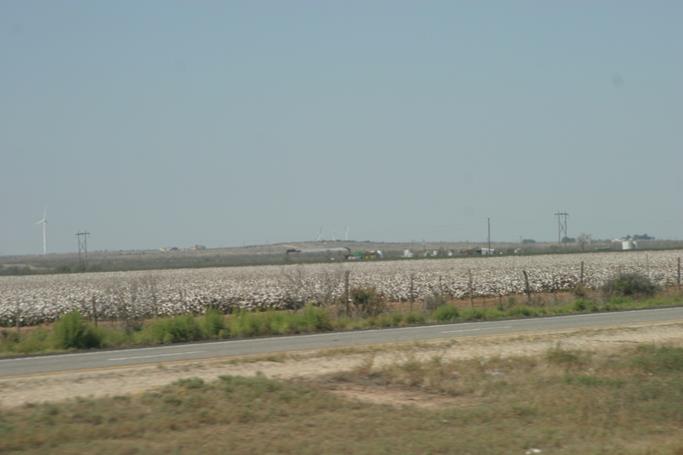 Cotton gins Julie notes “I’ll have mine with a twist of lime please.” 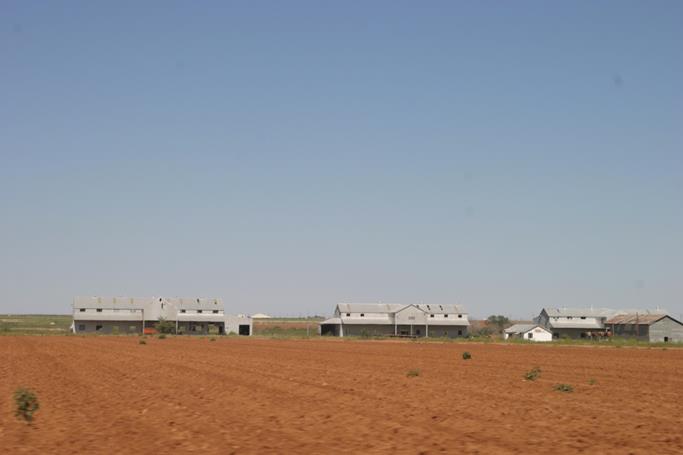 Sorghum field – we think? If you know different, please let us know. 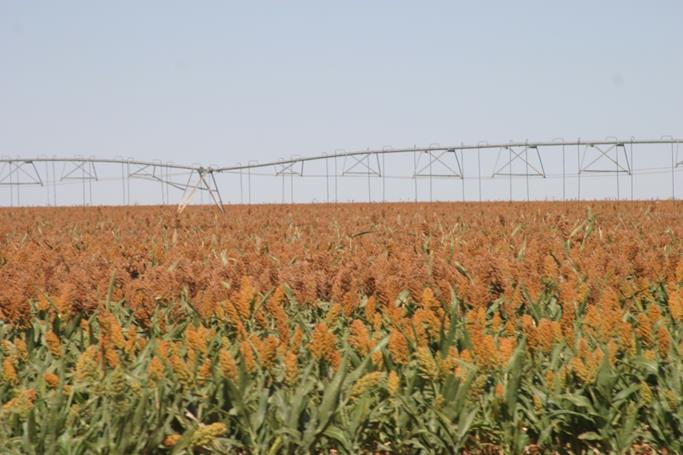 I put in an offer because they already named it after us but Julie said I couldn’t buy it. She will never live in West Texas or Eastern New Mexico. And then she just said “remember Norm?”. 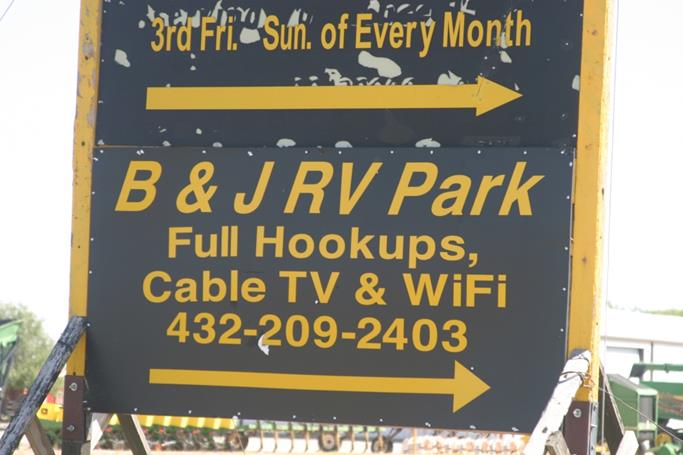 New Mexico horizon Julie notes “Here and western Texas, as we have mentioned before, aren’t the prettiest parts of the country but they are busy with oil rigs and tanks and donkeys and the usual oil field clutter. The difference between here and our neck of the woods in Alberta, is that there are no trees or hills big enough here to camouflage it. This shot is practically clutter free, except for the annoying reflection of someone’s iPhone in the windshield.” 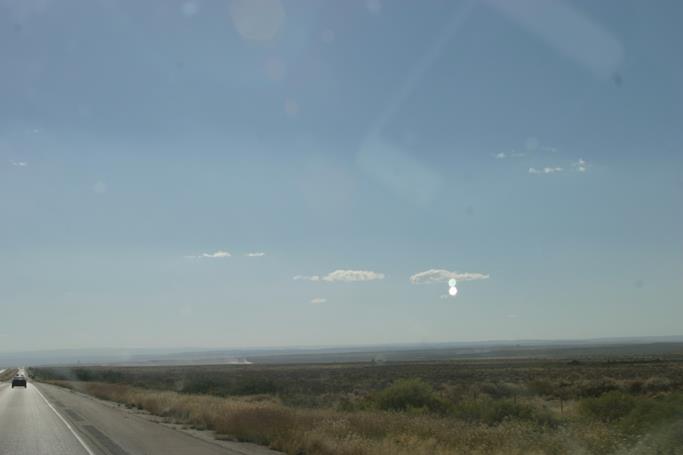 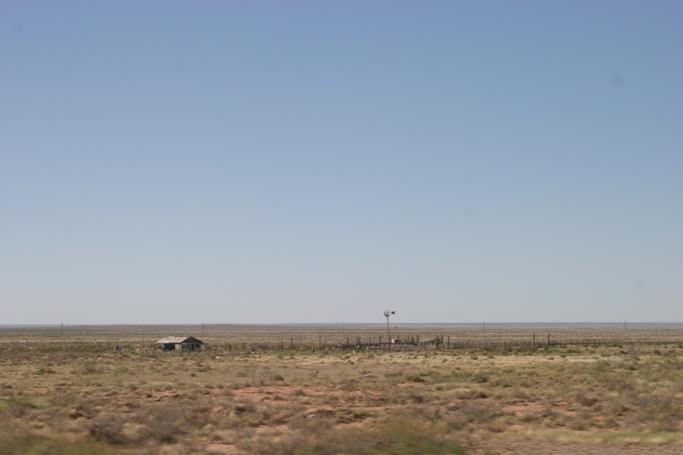 Our site in Brantley Lake State Park, New Mexico. A very nice park and a site with a view of the lake. 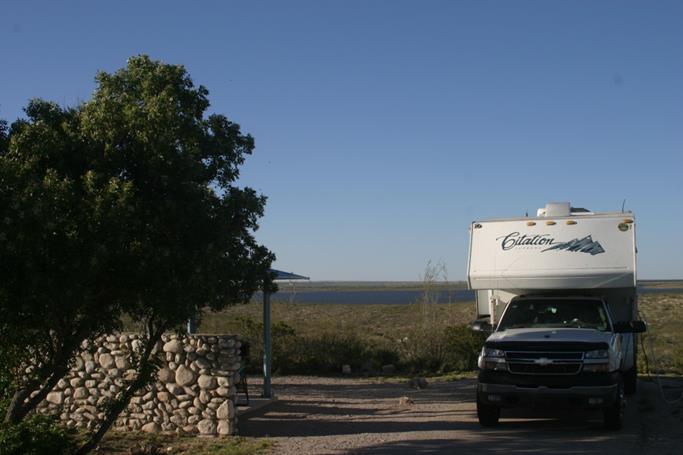 Julie’s approval wave. Julie notes “I was actually waving over the waiter for more wine. There was a definite breeze up here and as both of us have found out the hard way, plastic wine glasses and their contents, will tip when the wine level decreases to a certain level and the wind gusts increase. We are still working on the exact mathematical equation but Brad’s solution was that we should always keep the wine glasses full. The ‘breeze’ did keep most of those little black bugs, that have followed us to the last few campsites, out of our glasses though. We have spilled or discarded more ‘floaty’ wine than we have drunk of late. Hard to believe but true!” 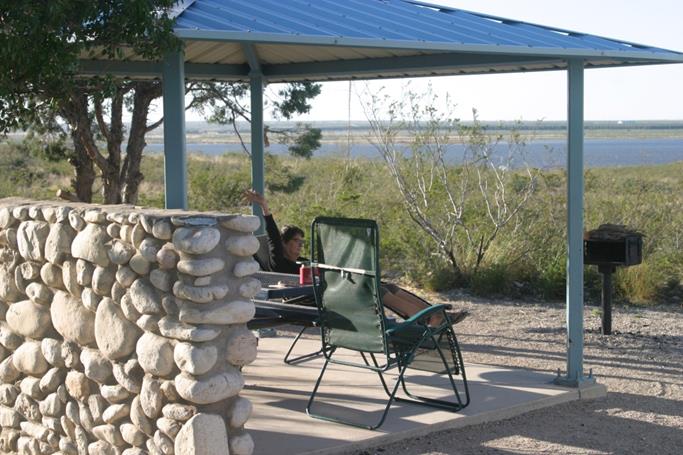 Nice view in a desolate kind of way. 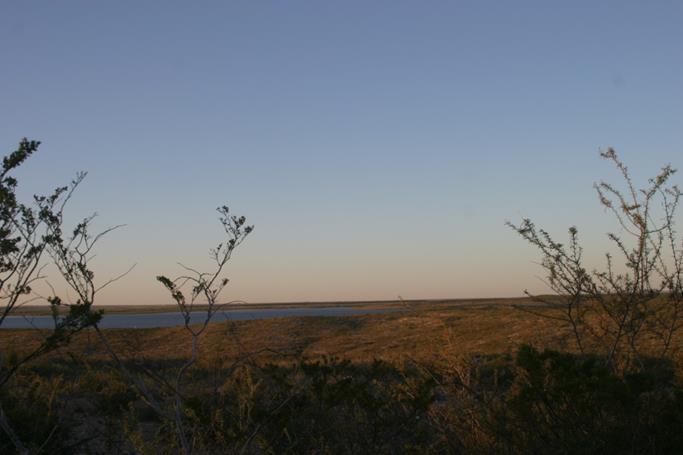 Julie notes “A good day for driving (except for the wind) and for tears as iTunes shuffled out some reminders of days gone by. This was okay because even though I was missing the little people I wasn’t missing much for scenery, bleary eyes or not. And speaking of iTunes, we have had issues, since we started this trip, with the ‘shuffle’ of the 2900 plus songs on my old, usually dependable iPod, being interrupted and then restarting again. I was pretty sure Brad was to blame somehow so I kept accusing him of pushing the wrong buttons at the wrong time or sometimes just using his negative brain waves to switch off a song he didn’t like and shut down the shuffle. But today it happened about 4 times and his fat fingers were no-where near the iPod and I’m pretty sure his brainwaves were turned off based on some of his comments. I will of course continue to blame Brad. As he said I just have to say the ‘Norm’ word and he apologizes for whatever might be happening. But now we are once again back at #1 in the song countdown. The shuffle is always different but my OCD really wants the full 2900 plus songs to play in their entirety. Plus I will admit there are a few songs on there that really should be culled out and hearing them again, ONE MORE TIME, might push some of my buttons. (My OCD won’t let me fast forward past these either, even if it is Donny and Marie.)”