We awoke to a chilly 8C but the low had dipped to an even chillier 4C overnight. What did we do without our indoor/outdoor thermometer? Julie notes “Yes thank goodness for our thermometer man and his good sense to put on a sweater and a hat so I knew it was wise to stay under the covers until Brad had the coffee ready.” Good thing we have our 5 lb Canadian sleeping bags. Julie notes “Yes thank goodness as well for the sleeping bags that we cursed just a week or so ago because we were so hot. I am beginning to understand the shock in people’s faces when they discover we are purposely heading north at this time of year. But on to more important things. We need a name for our thermometer man. Suggestions please. If you need a visual you can go to the website www.AcuRite.com and check out model 00837W2. He is still in ‘learning mode’ as far as weather prediction goes. It takes him 14 days to get his weather man vibe working. And we keep moving so he may blow up by the time 14 days is up. Right now under clear skies he is predicting heavy rain. I think he still has some larnin’ to do.”

We decided to stay another day at City of Rocks State Park and do another hike. After some coffee and breakfast, we packed a lunch and headed to an overlook. I think we hiked about 3.5 miles return and then did a smaller 1.5 mile hike later in the afternoon through the rocks. Julie notes “Yes it does appear that we are getting wiser. Nice temperature, nice lunch and nice easy hike. But our memories are short. It wasn’t all fun in the sun though as my one rogue toenail, that no matter how short I cut it, starting aggravating his neighbour toe. I bore through the pain though with hardly a complaint despite the fact that someone refused to piggy back me the rest of the way.”

The rest of the day, I had no idea where Julie was so I just contemplated life, the beautiful scenery, and took a few pictures. Julie notes “Oh I was just enjoying a little ‘me’ time as well, thinking about the events over the past few months.” 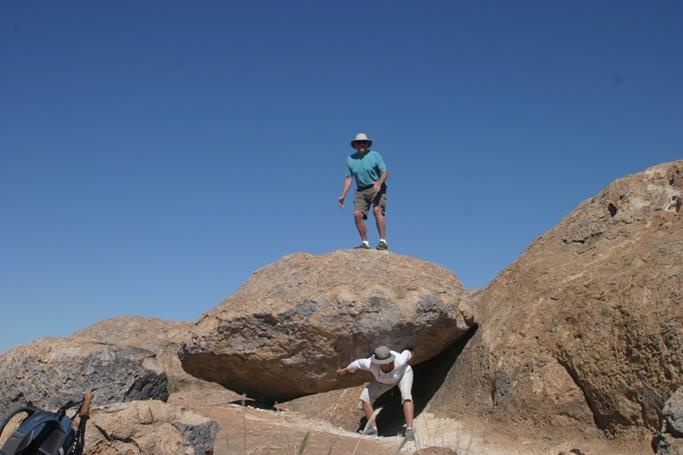 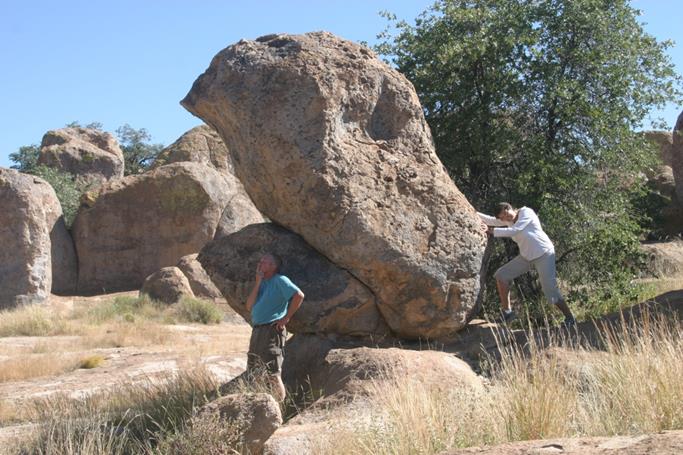 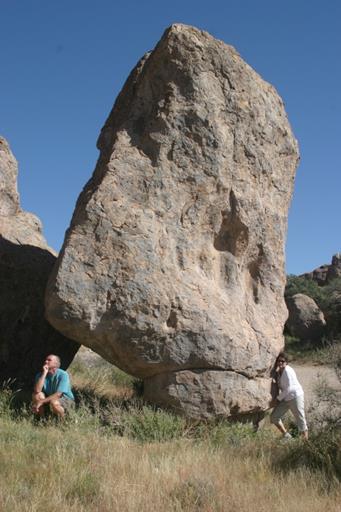 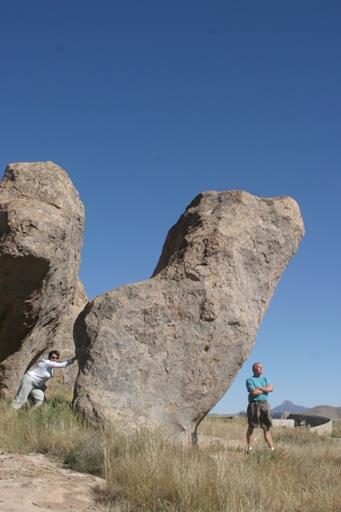 Some of the scenes from our hikes through and around the rocks.

Looking back at the City of Rocks from the overlook. We had another great picnic lunch at the top. Chicken salad sandwiches, cheese, and some BBQ chips. We met an amateur astronomer from Lindsay, ON at the lookout. He retired from CIL in Toronto and moved to Lindsay. Julie and I lived in Lindsay when we were first married just prior to moving to Grande Prairie. Our sister-in-law Kelly now works in Lindsay. Small world. There is an observatory in the park and it is a great place for astronomers because of the lack of artificial light and the clear air at this elevation. He was off to a convention somewhere else in New Mexico. Julie notes “May be a small world but according to all the astronomy based information here in the park it is a big universe. The camp sites are all named for planets, constellations, stars, etc. There is a Pluto but no Goofy. I guess they messed up there. And no Man in the Moon site. Well actually I am staying at the Mooning Man site, not by choice.” 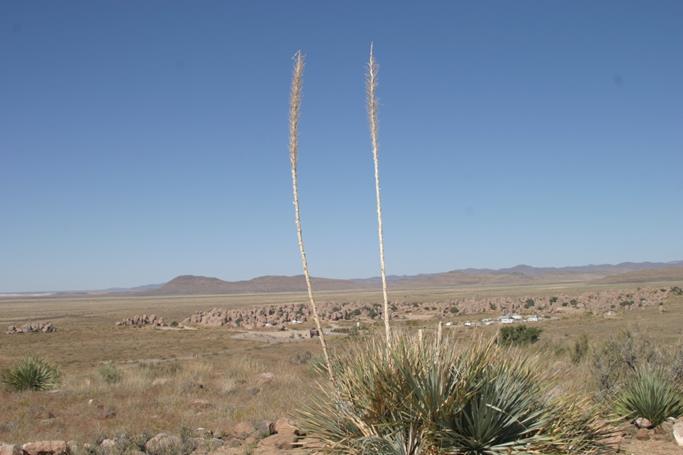 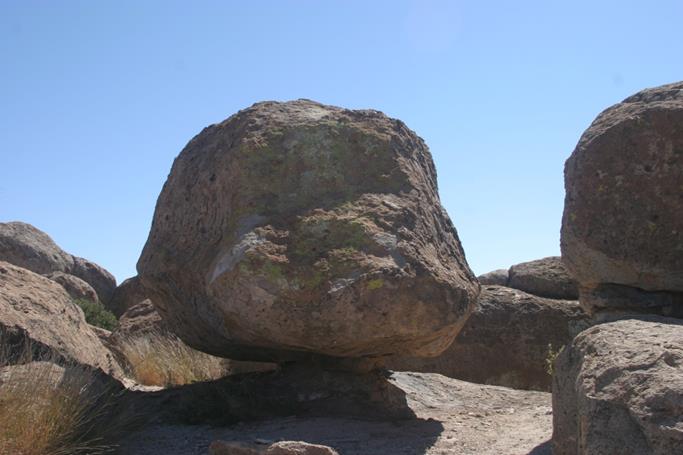 Julie trying to pick up rocks to throw at me, I think. Julie notes “Oh come on now. You know I’m not a very good aim. I was just going to try and fit in that hole to the left, honest.” 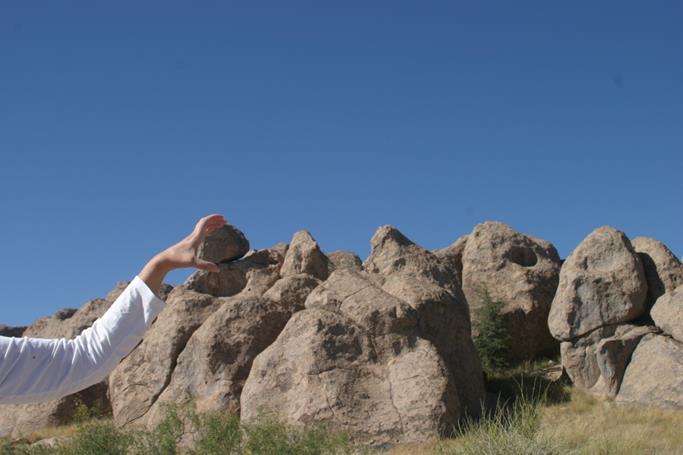 Thankfully, this site seemed empty most of the time. What are we? 5 years old? Julie notes “Come on, give us credit Brad. I think this elevates us to somewhere between an eight to eleven year old boy’s sense of humour level.” 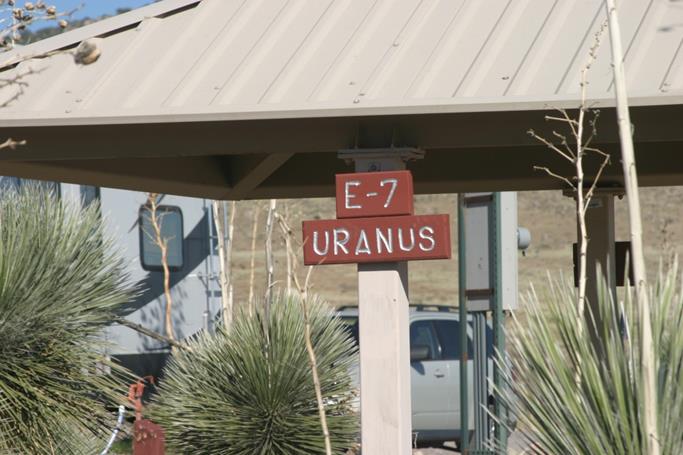 Julie notes “This was the campsite we were at for the first 2 nights. Brad didn’t think it suited him so we moved. Unfortunately there aren’t any constellations (therefore no campsites) called Grumpy Old Farts.” 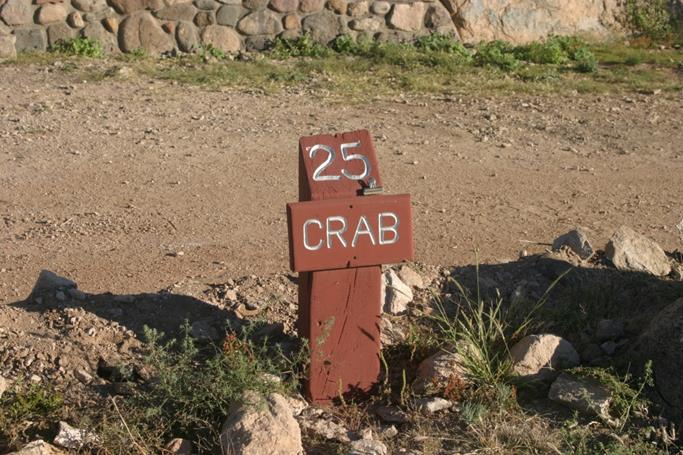 Here I am moving the truck camper to the aptly named site number 24. Julie notes “I hate when he decides to just up and move us using his Herculean strength. Just makes a mess inside the camper and I end up feeling like a minotaur’s ass.” 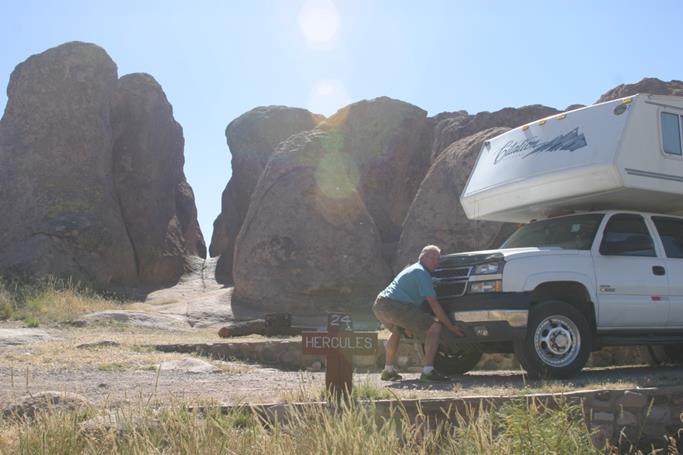 Our new camp spot. A little more protected from the wind and it gets the early morning sun. We had a beautiful evening; a harrier hunting low over the desert, BBQ’d ribeye’s for supper, and a full moon. Julie notes “The harrier made me think of the Hambrook family who will be laying Harry to rest tomorrow. We hope it is a day of great remembrances.” 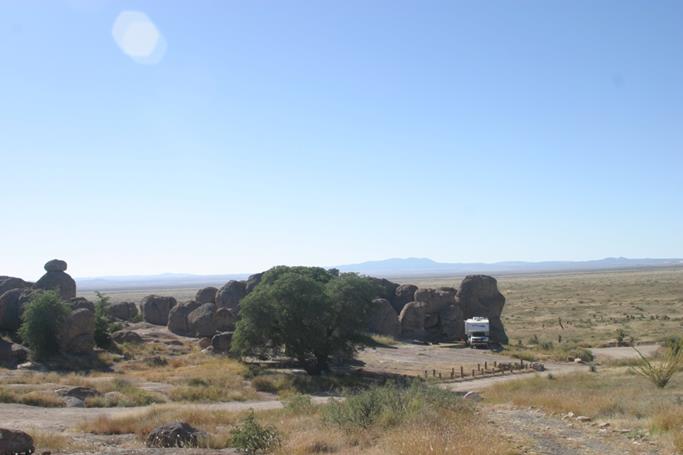 Julie notes “As mentioned above, I am treated to a full moon pretty much every day. This one lit up the sky though. Hmmm no further comment.” 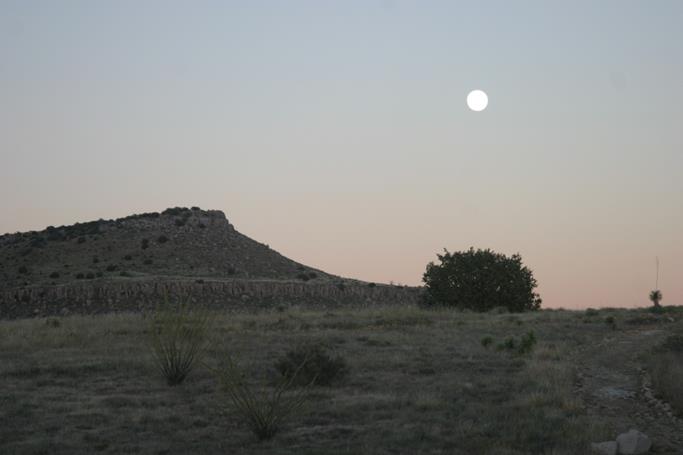