Today we crossed the border into Canada. We drove 527 kilometres from Munroe, MI to my sister Janet’s home near Cobourg, ON. Julie notes “Gordon Lightfoot aptly started off our journey with ‘In the Early Morning Rain’. It was a bit gloomy day but it didn’t dampen our spirits as we were homeward bound (a Simon and Garfunkle song that should’ve played but didn’t). The Lovin Spoonful sang ‘Darling Be Home Soon’ though to keep our motivation up.”

We followed I-75 into Detroit, MI and crossed the Ambassador Bridge into Canada at Windsor, ON. From there it was a straight shot on the 401 to Cobourg, ON.

The Detroit skyline as we approached. 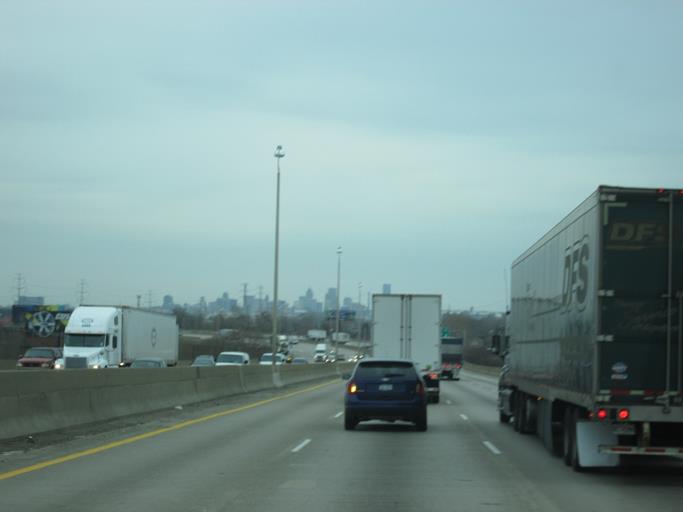 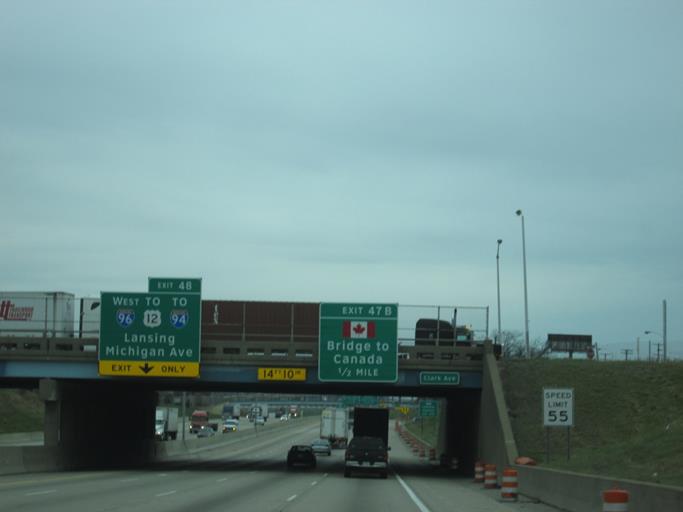 Crossing the Ambassador Bridge into Windsor, ON, CANADA. 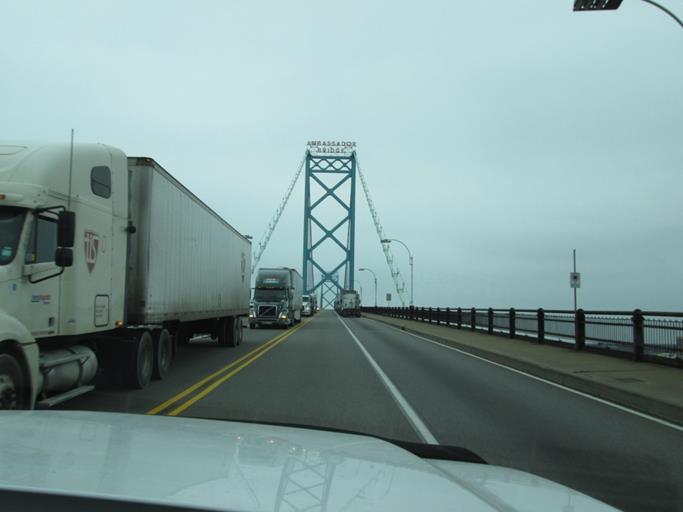 The Windsor, ON skyline from the bridge. 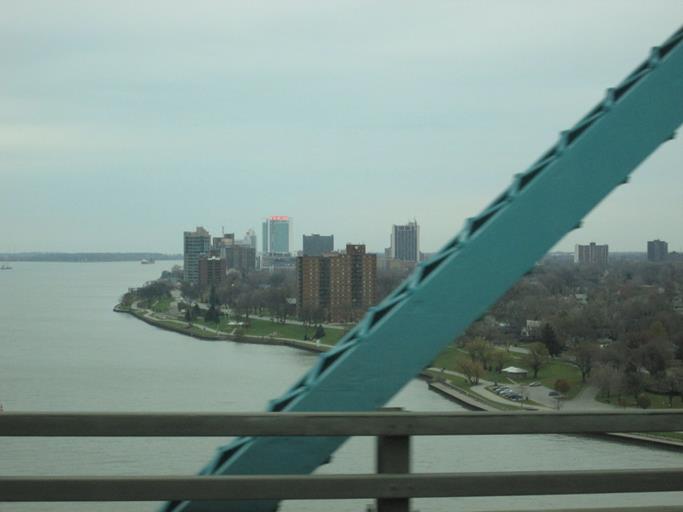 The border crossing for passenger vehicles was pretty much empty and no wait time. A nice treat compared to Central America border crossings. We spoke with a Border Services Officer who directed us into the main building after we declared our goods. We had to pay the GST on the items over our individual allowance. We were across the border in less than 30 minutes. No complaints here. Julie notes “One trucker was getting a talking to while we were in declaring but the dressing down was in that polite but stern Canadian style and no machine guns were involved. We wanted to tell him how lucky he was this wasn’t the Panama/Costa Rica border.” 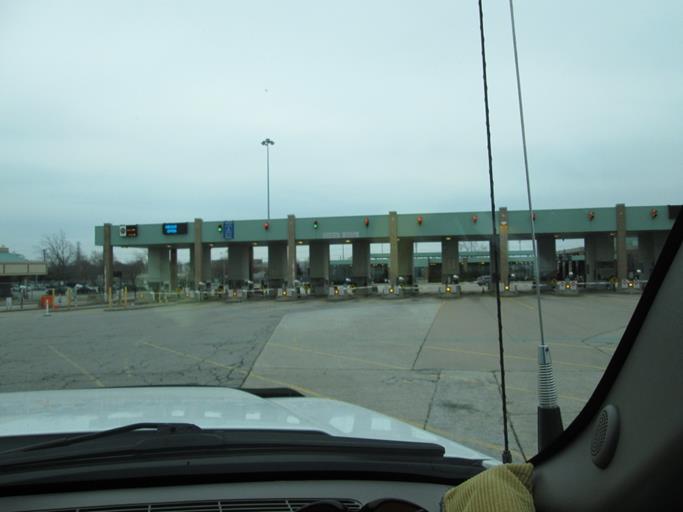 I love our flag. Nice to be “home”. Julie notes “WTF! Wave That Flag!” 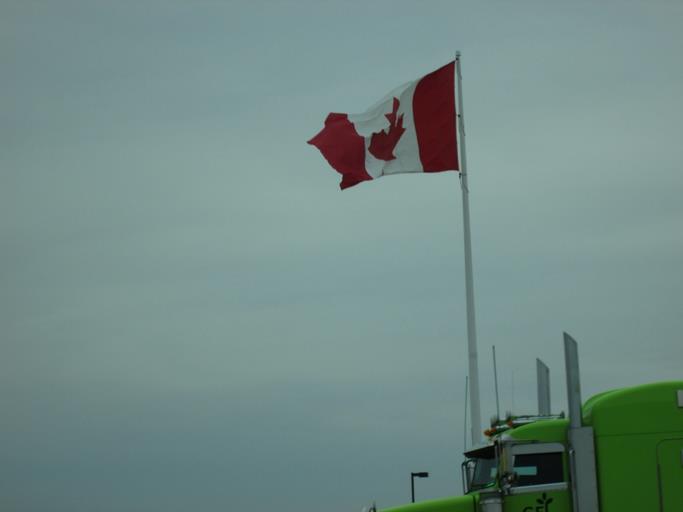 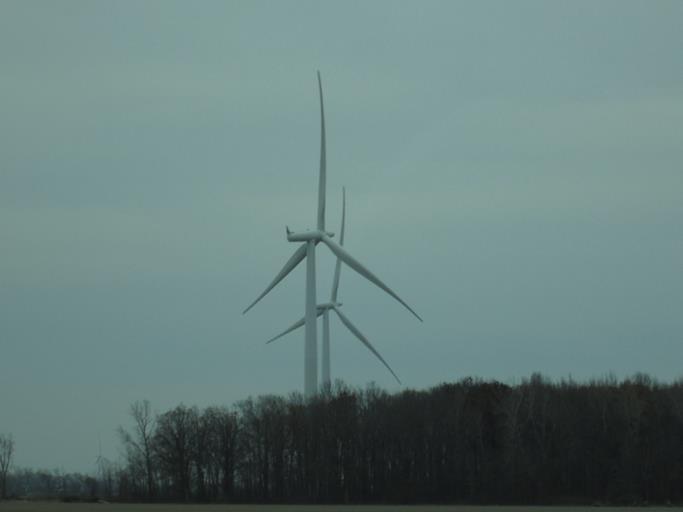 Some beautiful old south-western Ontario farms. It is very flat in this area of Ontario. 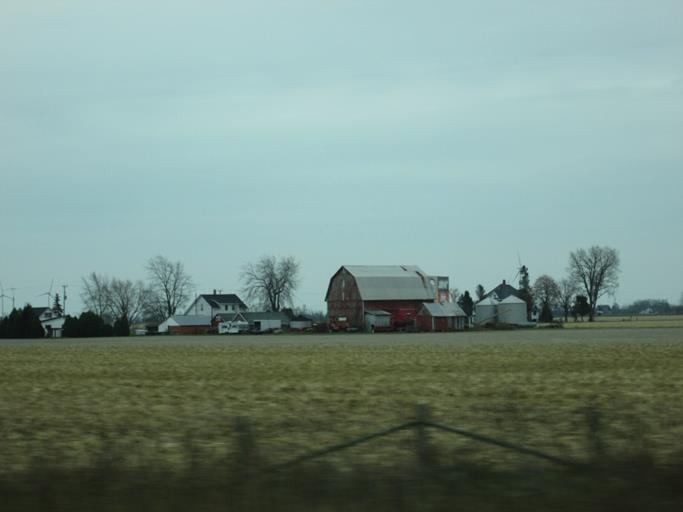 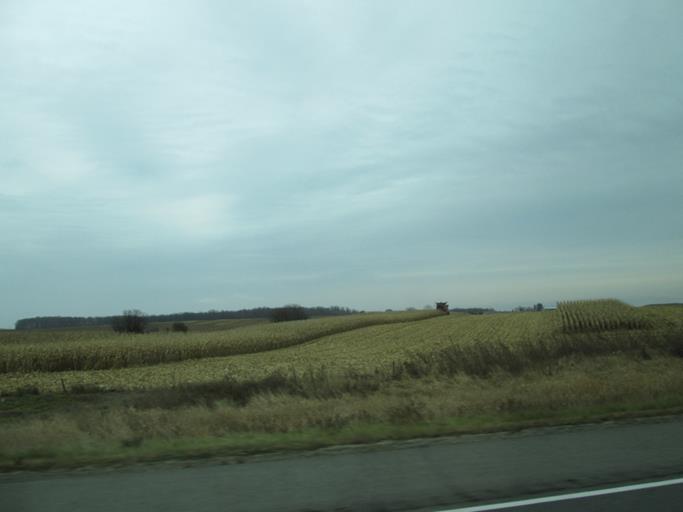 If you don’t believe the Canadian flag picture, then this should prove our arrival back in Canada. 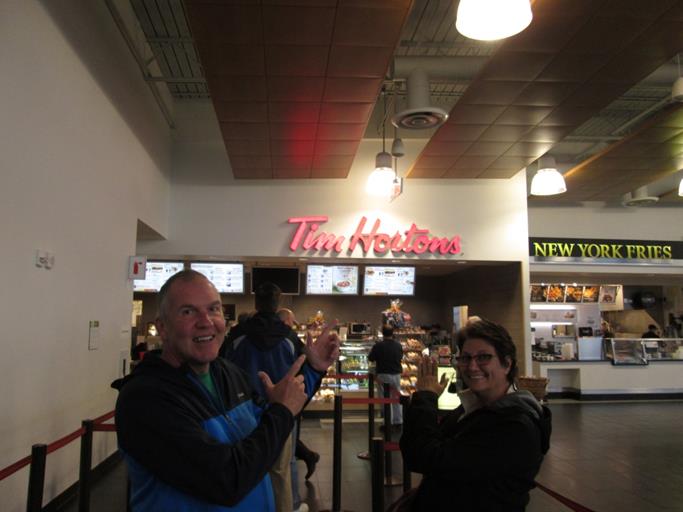 A toast to our homeland! 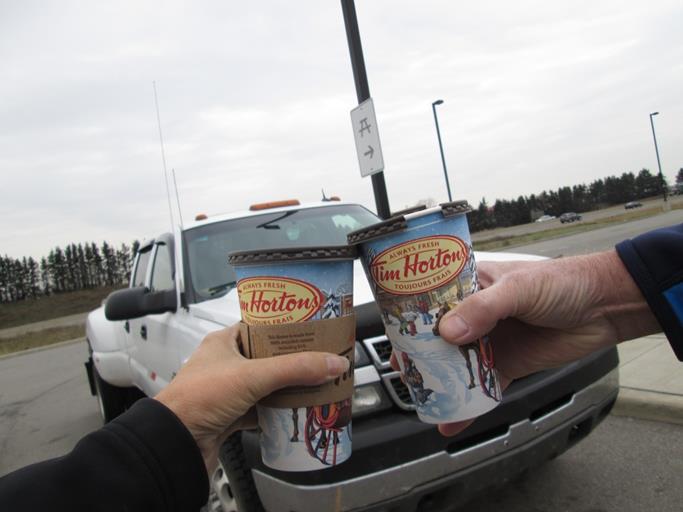 More contours in the land appear as we travel eastward through Ontario. 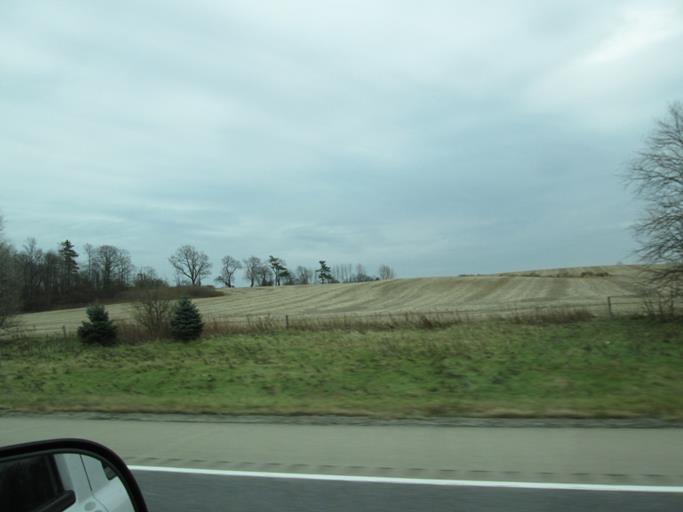 And more traffic as we traveled the 401. Julie notes “To keep us motivated in the heavy traffic, the iTunes came through again with sister Janet’s favourite artist Tina Turner blasting out ‘Proud Mary’.” 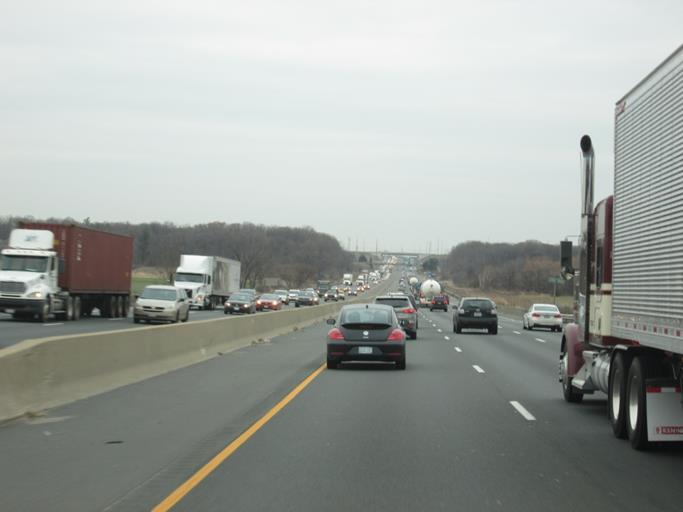 Janet was still at work when we arrived in Cobourg but her daughter Jenny was there to greet us. Julie notes “First family member after 4 months and she looked amazing! A sight for sore eyes.” 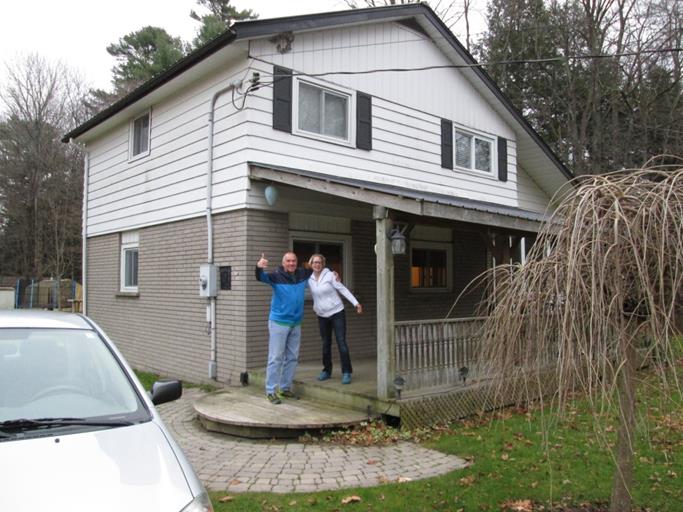 We ordered a chicken fajita pizza from supper. No, again, it’s not a salad. Julie notes “But note there are green things on top so again we are calling it ‘salad like’.”

…over and out, the muleskinner and his sidekick posting from Canadian soil.

Julie notes “Now let’s hear that collective sigh of relief. It was an adventure but there’s no place like home.”