Some of us planned on getting together for brunch this morning. However, after last night’s festivities, only five of us made the cut. The first restaurant we choose was packed solid with a wait of over 30 minutes so we picked our second choice, Wimpy’s Diner. It was also very busy with a small wait but eventually we got seated. Julie notes “And the breakfast was NOT wimpy. Like the sports teams that were in getting fueled up, we were fired up after our meal. Plus it was very warm in there which actually made us feel fired up. We were also fed up in a good way.” 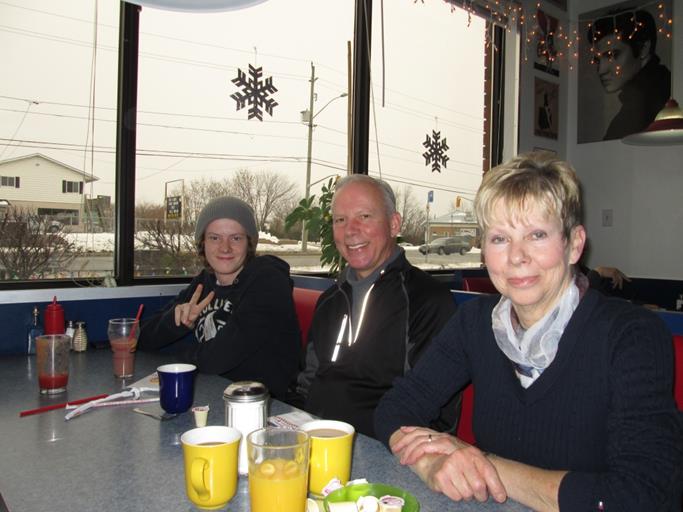 The muleskinner and his sidekick (also patiently waiting). Julie notes “Just wiping a bit of sweat from my brow, or maybe I’m saluting someone?” 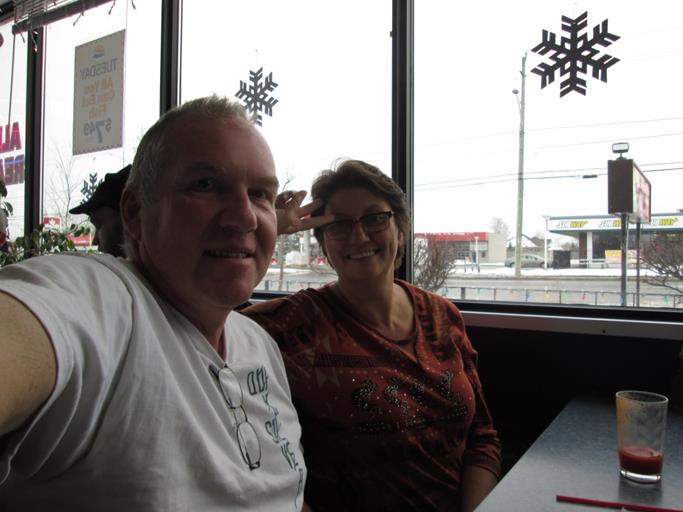 Julie’s eggs benedict Florentine. They serve it with 3 eggs and she only wanted two so I graciously stepped up the plate, so to speak, and ate one of hers and one of Janet’s poached eggs. Julie notes “Plus his own 3 eggs. Egg-zactly! That makes 5 eggs. He must be ‘cracked.’ ‘Shell’ I tell you how full he was? Humpty Dumpty had nothing on him.” 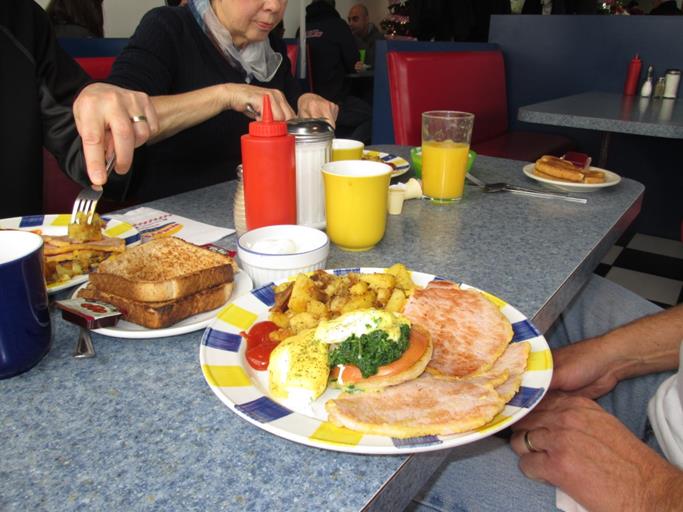 Don then took us on a tour of his new office in downtown Cobourg. He is a senior financial planner with Assante Wealth Management and recently expanded his operations.

This is what he wants us to think he does. 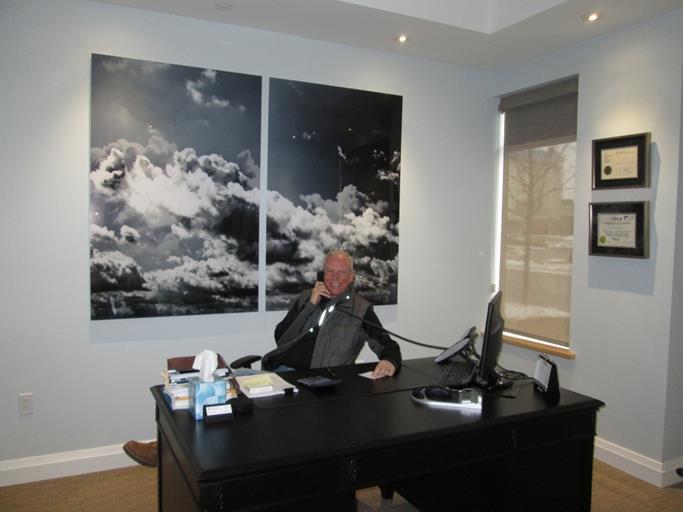 But in reality, this is how he spends his days. 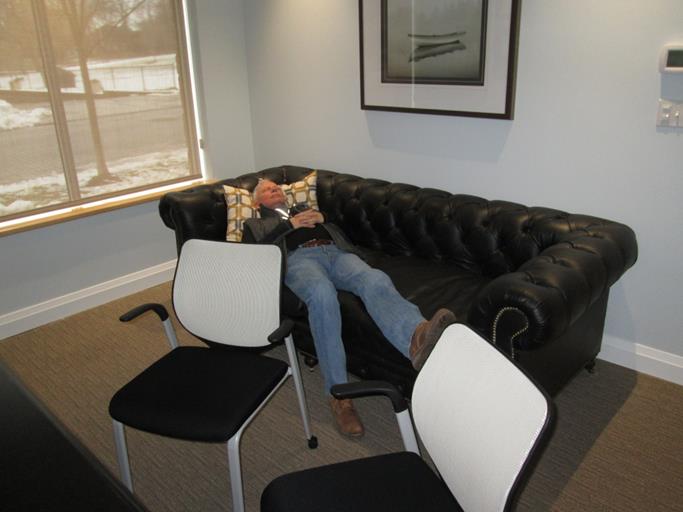 Don had requested some leftover turkey from Janet so that he could make himself a sandwich for lunch later that day. Unfortunately for him, brother Dan spied the turkey in the fridge and made his own turkey sandwich before Don had a chance. I’m guessing there was a very pleasant exchange of words between the twins. This is the turkey handoff earlier in the day. 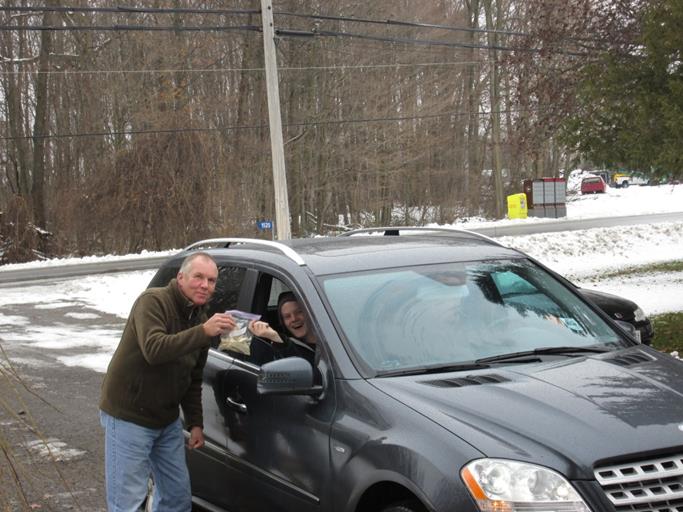 For dinner, I BBQ’d up some baby back ribs at Janet’s request. Julie notes “This was a very expensive supper. Janet set the microwave at Brad’s request to time the BBQ. This was the same microwave that she commented on the day before saying ‘I can’t believe this old machine is still working.’ Famous last words. The old dependable microwave died mid cycle, emanating heat from all the wrong places. Guess what Janet is buying herself for Christmas. But the ribs were delicious!” 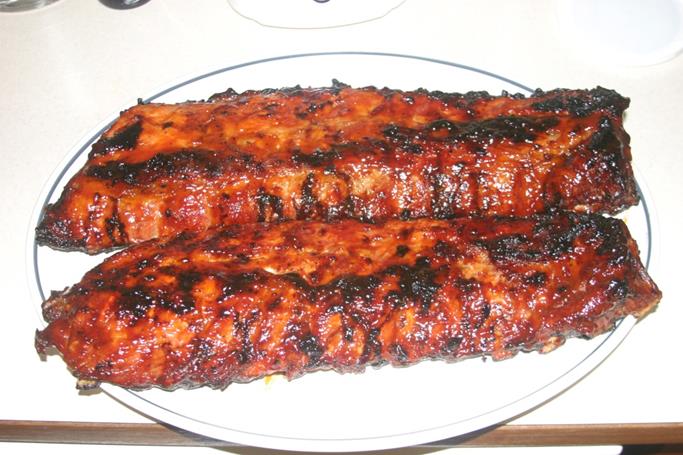 We enjoyed the ribs with a nice Caesar salad. 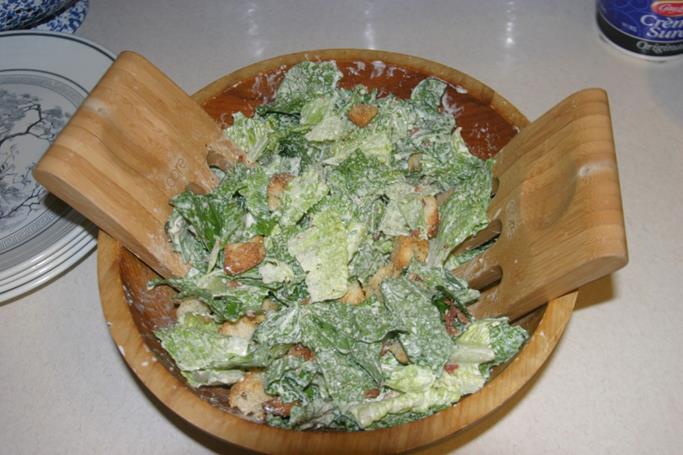 …and some of Janet’s homemade buns that she prepares special for each visit of her favourite brother (that would be me). Nice buns, eh? Julie notes again “‘Can you smell them?’ To quote the Toronto Star tag line from an article they did on Doris’s buns (their mom) quite a few years ago. Doris was not happy with tag line, implying people were sniffing her and her buns but we were always happy when she made them for us and very glad Janet perfected the recipe. Janet’s community was a bit up in arms as neighbours have been bun deprived for quite a while. And wonder what makes Brad so special that he deserves such a treat. Well for one thing he is ‘special’ plus there is a lot of whining involved if there are no buns available when he arrives. And he reciprocates with a few rounds of Caesars. So in summary you neighbours just need to ramp up your whining and drinking and maybe Janet will make a special batch just for you.” 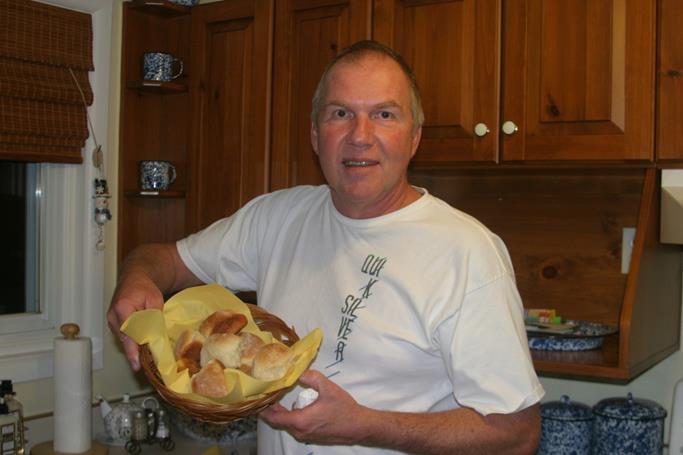 Julie notes “Janet has made us turkey sandwiches for the drive tomorrow. Don’t let us forget them. And don’t tell Donny! Or he may sneak in and steal them as someone did to him earlier today! Twins! Whatchagoingtodo? Glad twin sister in law Kelly and I don’t steal turkey from each other.”