Today started out with breakfast at the local restaurant, Niko’s, and then a walk around the old Balboa neighbourhood. We then hopped in a cab and went to the old Panama centro area. It is mostly for locals and is filled with discount stores, many of which were closed on Sunday. We were warned a few times not to venture off the main street onto a side street or into the old town square. Those were considered “red” zones meaning they were too dangerous for tourists. After a visit to the old Panama centro area we headed to the Albrook Mall. A very trendy large upscale mall filled with name brand stores. It is on the same scale as West Edmonton mall. Julie notes “Yes, this is probably more mall visits this past 2 months than in my total lifetime. Still not a fan, but there was A/C.”

A couple of kids checking out the bags of garlic at one of the stands in old Panama. 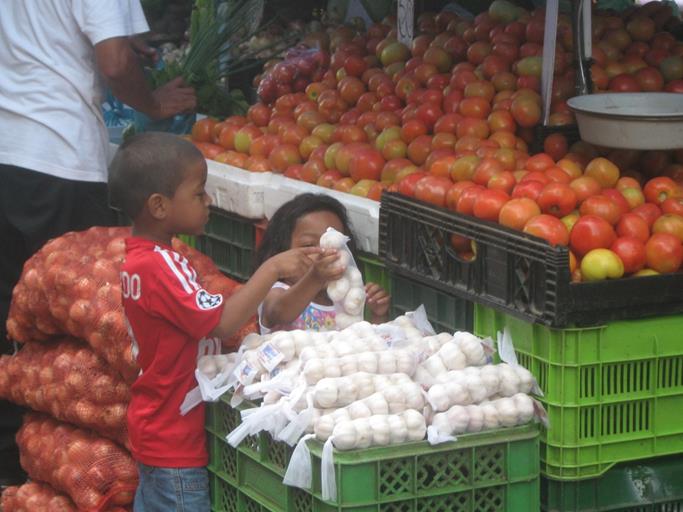 Pigeons on an old building. A nearby vendor sells bags of corn kernels for feed. 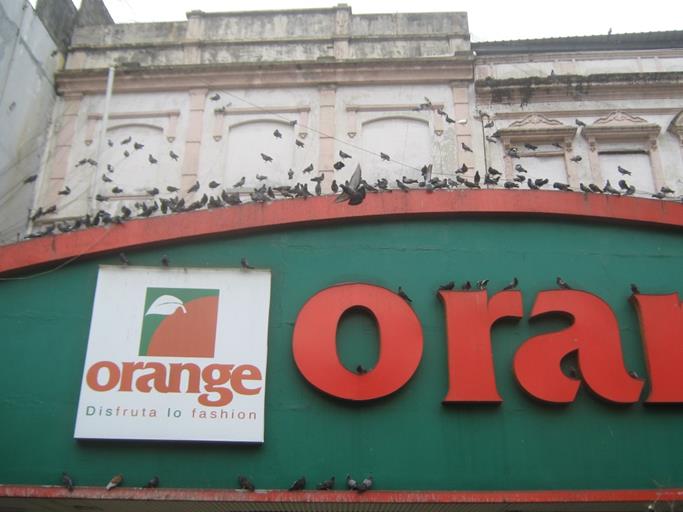 A side street we were warned not to enter. 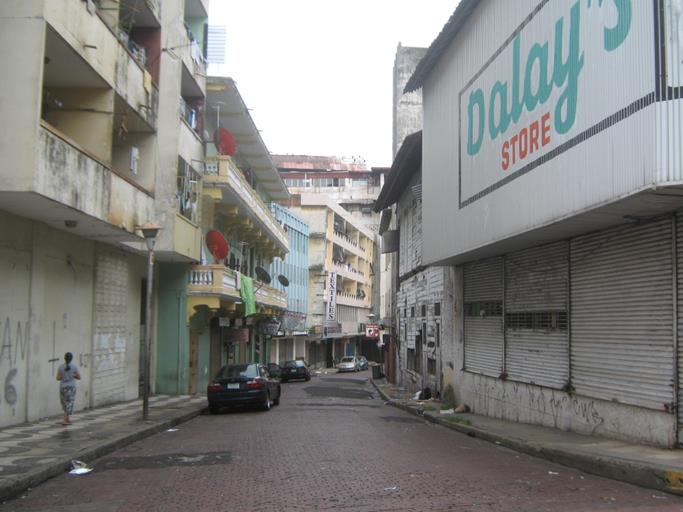 …and the nearby square with the same warning. 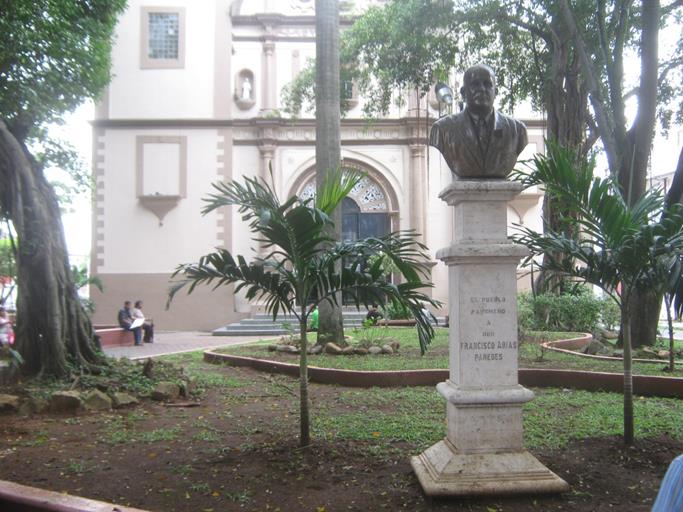 It was then on to the new mall where we were attacked by King Kong! Julie notes “No one warned us about this red zone. The family that took our picture had a good chuckle anyway.” 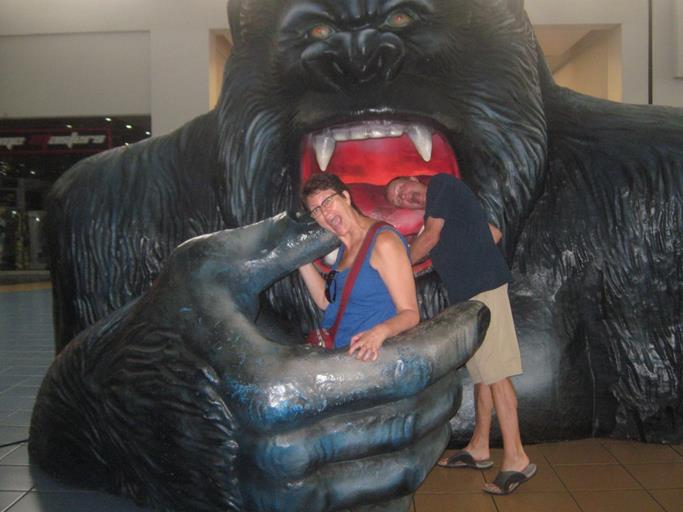 Julie spied the display of hanging butterflies that always remind her of her mom. Vera was forever making paper butterfly decorations for anyone who wanted them, as one of her many crafts. Julie notes “Love you Mom. Quent does this remind you of your wooden butterfly story?” 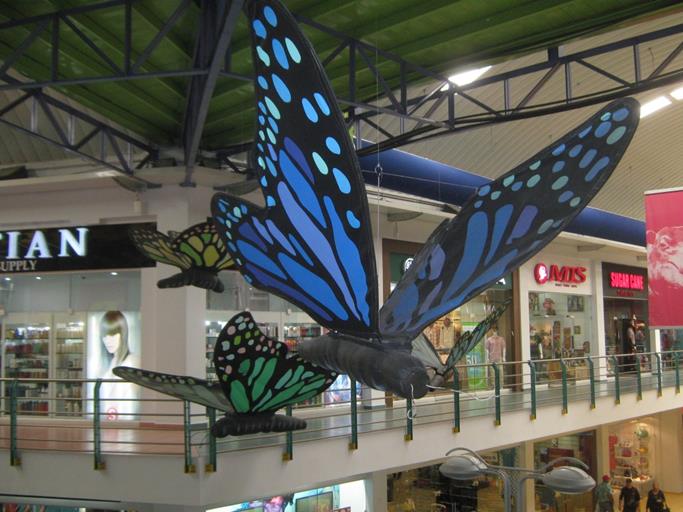 There is a paper butterfly prize for the first person who correctly identifies the movie. Julie notes “Dumb and Dumber is NOT the correct answer, but maybe should be.” 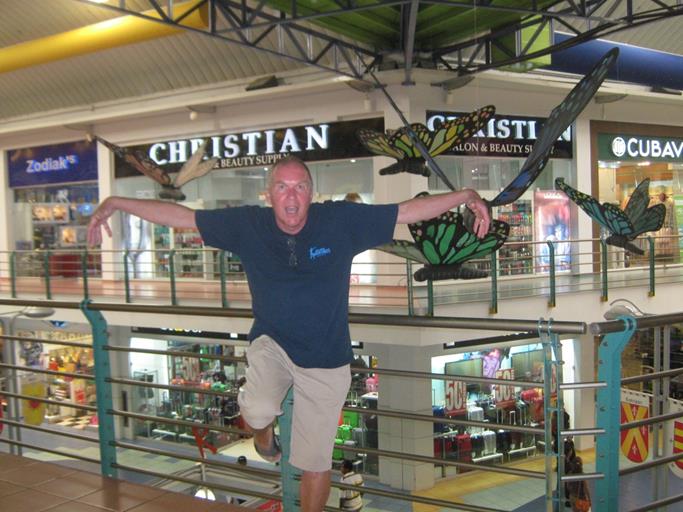 We then headed to TGI Fridays for lunch. A cold Heineken and a bloody mary were called for after a tough day of shopping. Julie notes “That is NOT a halo around Brad’s head. He’s no angel although he does drink beer ‘religiously’.” 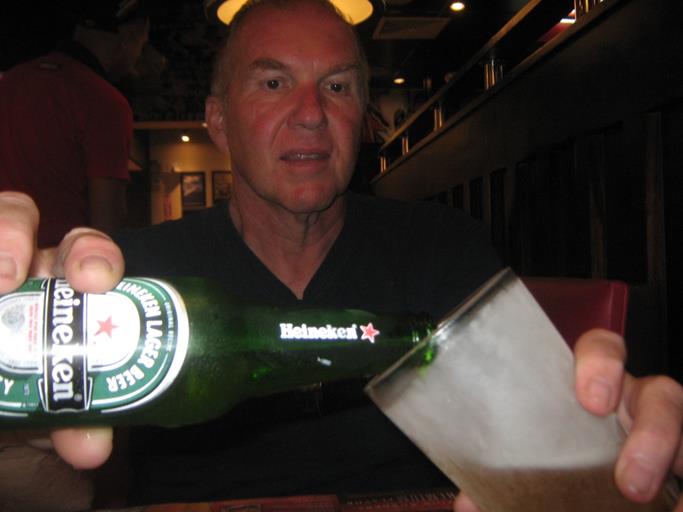 Julie notes “And I was kissing the sacred celery stick. This was a very yummy drink on a hot day.” 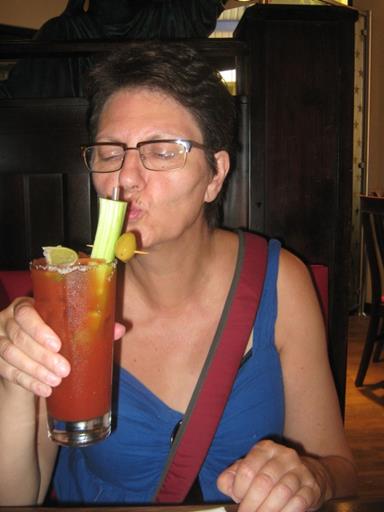 We spent the rest of the afternoon relaxing around the RV and then headed off for supper with our guide and his traveling partner. We first went to “Mi Pueblito” in Panama in a torrential downpour to find a restaurant for dinner but they were closed on Sundays. Our young cab driver played loud reggae Christiano music and sang along while driving like Mario Andretti. Our first clue should have been the full driver’s side damage to his cab. It was an experience we will not soon forget. Julie notes “I too was praising the Lord when we climbed out the cab, white knuckled but in once piece. He zoomed around corners in on coming lanes, in and out of traffic, through tunnels and traffic circles, the windshield wipers barely keeping up with the rain, thunder crashing and lightening flashing, phone in one hand, rapping praises to God and driving like a bat out of hell. This was really the first time I could identify with the Carrie Underwood song ‘Jesus take the wheel’ and her lesser known song ‘l almost peed my pants.’ My fingerprints will be hard to lift from the armrest I was clinging to. Don’t tell my Mom and Dad about that one, okay?” 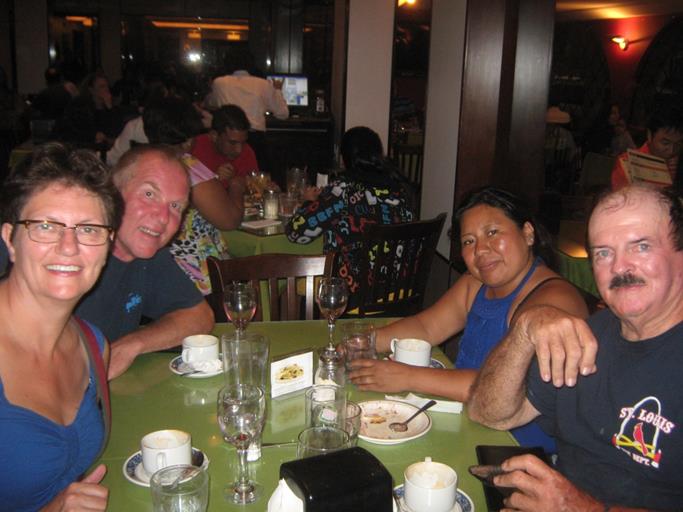 Julie notes “Well you’re probably wondering if anything exciting, besides the usual loud and crazy goings on, happened in our little Estacion de Bamberos camping lot today. Well, the street we look out on suddenly filled with cars, many police and a couple flatbed trucks. Cars were being pulled over, vehicle papers checked and if you weren’t compliant your vehicle was being hauled away on the flatbed. We saw at least one date ending badly as the car was loaded and the boy pleaded and the gal, after trying her hand at pleading, stomped off angry. Moral of the story, having a car is nice but check your boyfriend’s vehicle papers before heading off on a date.”