Today was a scheduled and much needed laundry day. We had already scouted out the Laundromat on our walk yesterday. We first had our coffee with yogurt and fresh strawberries for breakfast. Then it was off to the Laundromat in a cab with our bags of dirty laundry. It was a small place with only a few machines so it took us until about 2:00 PM to get everything finished and dry. It was then off to Niko’s for lunch where we ordered in broken Spanish and charades and actually got what we wanted!

I practiced my Espanol with my two new amigos from the Dominican while they practiced their English. 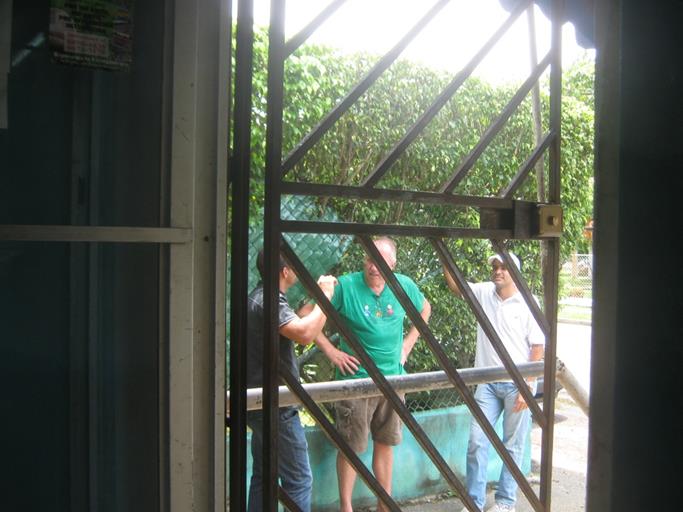 Julie, meanwhile, followed along from inside the Laundromat with her English/Spanish dictionary. Julie notes “I was really starting to get hooked on the soaps that were playing on the TV. The laundry was actually done an hour earlier but don’t tell Brad.” 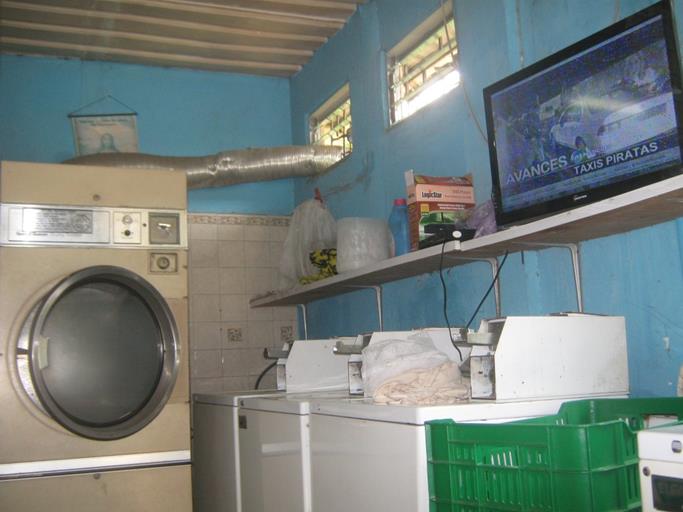 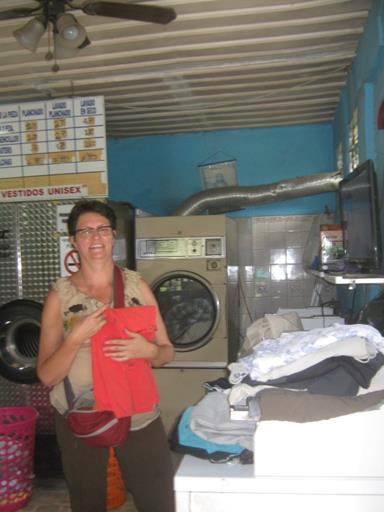 There was a constant parade of aero/naval personnel up and down the street between all of the official buildings in the canal area. Julie notes “I am thinking if there is ever a ‘who has the best looking, fittest armed forces’ war, Panama is definitely in the running. A fine representation of their young women and men, smartly dressed, friendly, walking with a purpose, it was a pleasure to observe.” 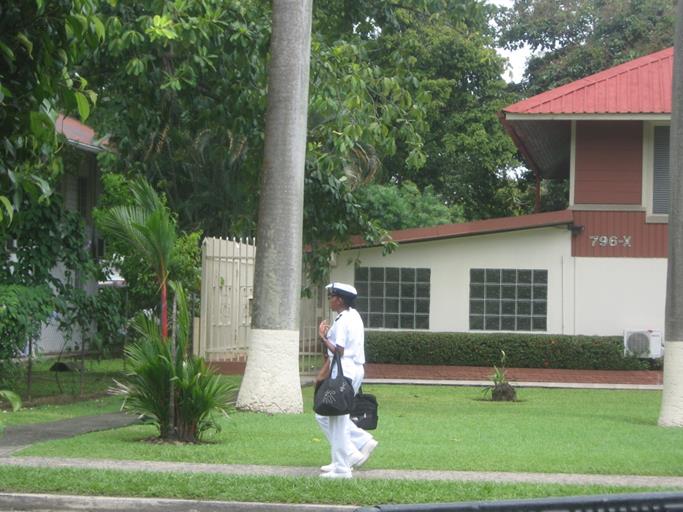 …not too much else to report on today, take care all, the muleskinner and his sidekick

Julie notes “I guess Brad is too modest to mention the near riot he caused at the Estacion de Bamberos this morning by sitting shirtless outside. So that the distracted women and jealous men could carry on with their work, the shift captain asked Brad to put his shirt on. Luckily we got the heads up before I joined him shirtless!”