We spent the day at the “Centro Turistico Pulhapanzak” – a tourist park with most of the amenities you would expect. Julie notes “It has a few extra ‘amenities’ as well. As I mentioned yesterday it over looked a small barn yard so when the breeze shifted Brad had something to blame the aromatics on. The funny clicking noise we heard the night before can be attributed to a large iguana spied in a nearby tree. We experienced one of the craziest thunderstorms in the night. Once again how can we always be at the epicentre? The camper rocked hard and often, from the thunder of course. Not for the reasons you guys are thinking. And speaking of rocking and rolling, the natural surroundings had a young couple doing what comes naturally in the backseat of a Mazda as we sat a few feet away. We escaped to the camper for lunch. ‘Afternoon Delight’ had played on the iTunes a day early I guess.”

We hiked to the base of the waterfalls and back. Took a short drive to another spot on the river to check out the scenery and generally had a nice relaxing day. We BBQ’d our last frozen Costco Belmont burgers for supper. I also BBQ’d some chicken thighs for tomorrows dinner. The burgers were delicious. Julie notes “I second that! Deeee-licious!”

We met a group of great people from Pennsylvania who were here with a couple local social workers to do some volunteer work for a week or so in some of the remote areas of Honduras. Julie had the brilliant idea to donate all of the children’s clothes, art supplies, books, and eyeglasses to them. They were thrilled and said we had hit all the marks with the stuff we had to donate. It was a great feeling to know it will go to good use. A big thank you Alison, our daughter-in-law, for collecting and donating all of the kid’s clothes.

The park entrance. Julie notes “This area has been kept very clean. A nice change and we complimented the staff for that.” 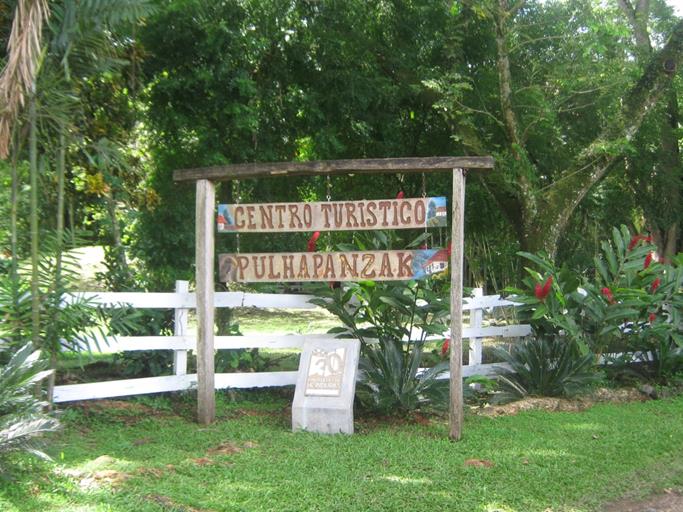 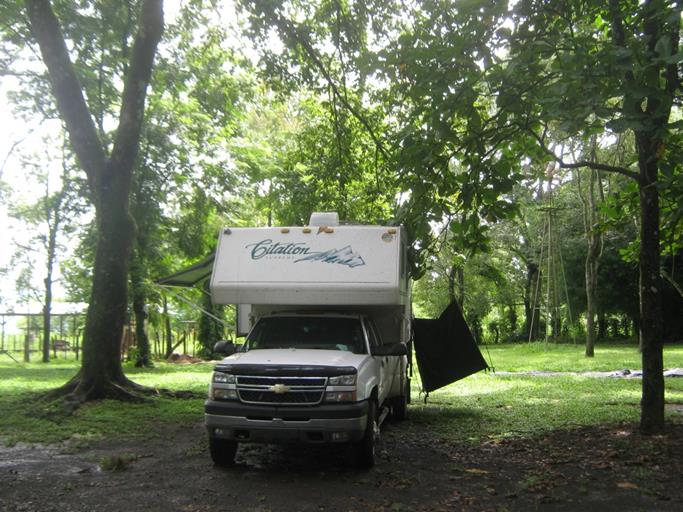 The waterfall. Julie notes “There was the option to zip line over the falls as part of our park admission fee but we decided once we glimpsed the seemingly skimpy zip line wire that we had already had enough on this trip.” 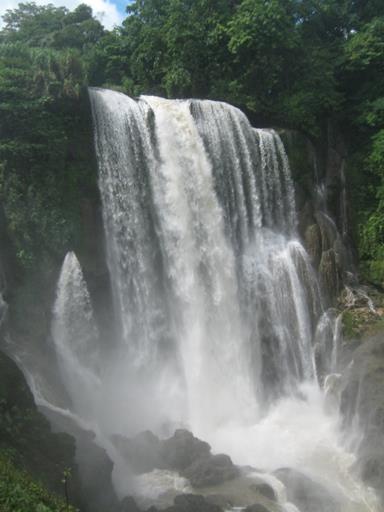 The soaked couple at the bottom of our hike. Julie notes “Should’ve waited and showered here but there were some bigger ants lurking around.” 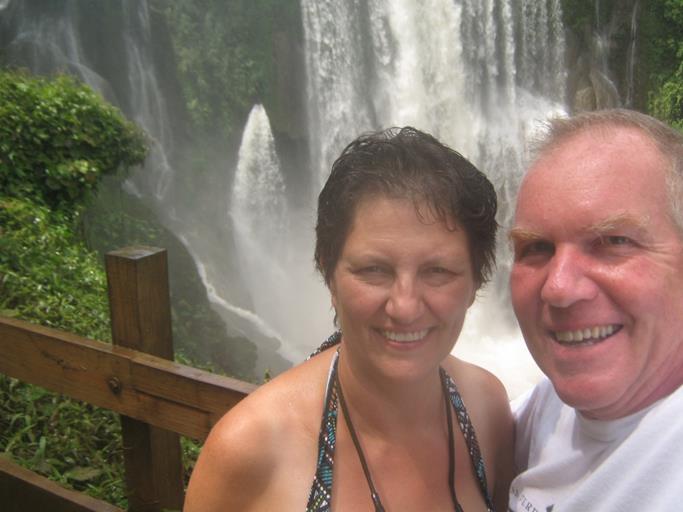 The volunteer group from Pennsylvania and the 2 local social workers, ranging in age from 15 to 72. 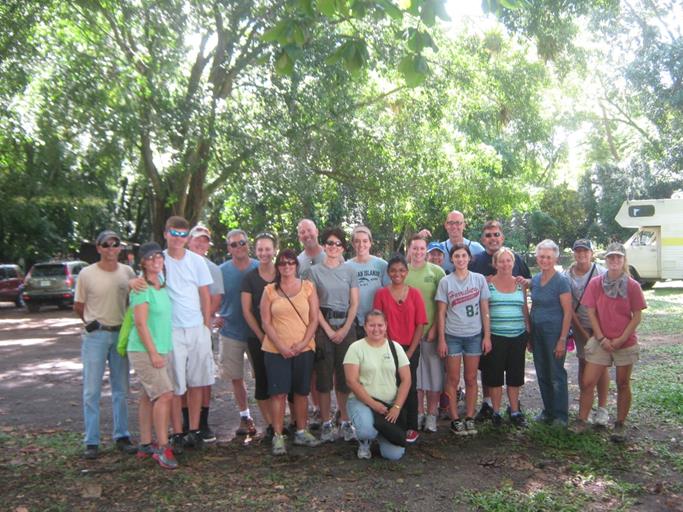 A cool dead tree with a new plant growing from the top. 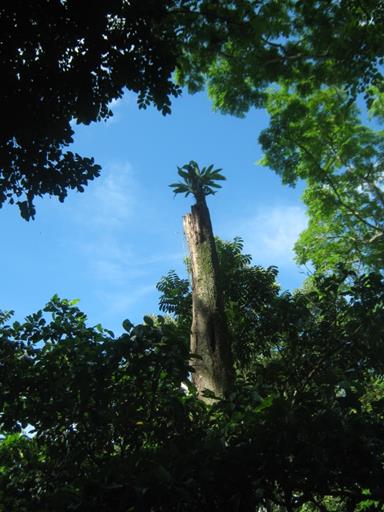